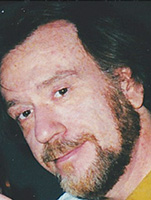 Michael Glenn Olinger, 60, of Dowagiac, went to be home with the Lord on Thursday, March 5, 2020, in Kalamazoo, after an ongoing battle with cancer.

He was born on April 5, 1959, in Chicago, the son of Wayne E. Olinger and Julia C. (Ledberg-Olinger) Williams.

Mike graduated from Dowagiac Union High School in 1977 with honors and continued his studies at Southwestern Michigan College where he earned several degrees.

Mike was a longtime employee at Ameriwood Industries in Dowagiac and then the Greater Kalamazoo Auto Auction of Schoolcraft, Michigan.

One of Mike’s most shining talents was being a great DJ, and with the addition of karaoke in the ‘90s, had a very successful business while entertaining thousands of people at a variety of different types of parties, including weddings, events and bars. Mike enjoyed fishing, canoeing, sunshine, being anywhere close to the lakes, listening to music, television, pizza, Taco Bell and the nightlife.

The family wishes to thank Rose Arbor Hospice of Kalamazoo for the excellent care that staff and nurses gave to Michael in his last days. Per Mike’s wishes, cremation has taken place with Whitley Memorial Funeral Home, Kalamazoo, being in charge of arrangements. A celebration of life event will be at a later date. Donations may be directed to Hospice Care of Southwest Michigan.

For a complete obituary including a photo/tribute wall, please visit. Whitleymemorialfuneralhome.com. As a reminder, please wear your sunscreen.

Fred Davis, 87, of Niles, passed March 18, 2020, at his residence surrounded by family. A memorial service to celebrate... read more