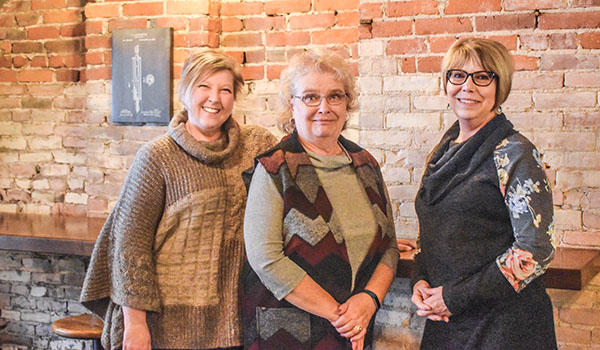 DOWAGIAC — For more than a decade, a soup luncheon hosted by Xi Delta Mu and the Masters local sorority has raised funds for Fitch Camp.

Fitch Camp, which was started in 1941 and is hosted at Cable Lake, is a nonprofit agency that provides supervision, leadership and activities to the children of Dowagiac. The camp is open to all elementary and middle school students with attendance, transportation and meals costing $1 a day. The camp includes nature, sports, art and game activities.

“It started as a way to give some options for kids over summer break,” said Xi Delta Mu sorority member Bobbie Jo Hartline. “The children learned so many skills through fun activities, but really what the kids walk away with is much more than cannoning, swimming or playing basketball.”

Hartline said the children leave the camp with personal relationships and mentors ,and learn how to treat one another.

Before the camp, Hartline said some of the children who attended might have never met before. At the camp, friendships are built.

Pat Franz, who is the chair of the now-canceled event, has been involved in Xi Delta Mu sorority for more than 10 years.

“It’s a good organization, and it does stuff for the community,” Franz said of her reason for joining.

The Masters local sorority initially started the soup luncheon. The baton was then passed on to Xi Delta Mu, which had been organizing the event for six years.

Organizers said sororities in the area mostly do two large service projects on an annual basis. For Xi Delta Mu and Kappa Beta, the soup luncheon benefiting Fitch Camp is theirs.

Franz also has strong ties to Fitch Camp as two of her children attended Fitch Camp. Franz’s son, Kenny, returned to the camp to be a counselor and mentor to future participants.

“A lot of the kids go back as counselors,” Franz said. “A lot of my son’s classmates did the same thing, which is not uncommon.”

Hartline said when someone mentions Fitch Camp, people around the area usually share a story of their time spent at the camp.

At the annual fundraising event, the sororities have raised more than $2,000 to help with the camp’s operating costs, supplies, teaching materials, food and other expenses.

“All of the monies raised, whether it’s a small service project that we do each month, benefits some organization in our town,” Hartline said. “If it’s a big event, sometimes it’s split up.”

SOUTHWEST MICHIGAN — With the number of confirmed COVID-19 cases in the state of Michigan rising daily, local facilities are... read more