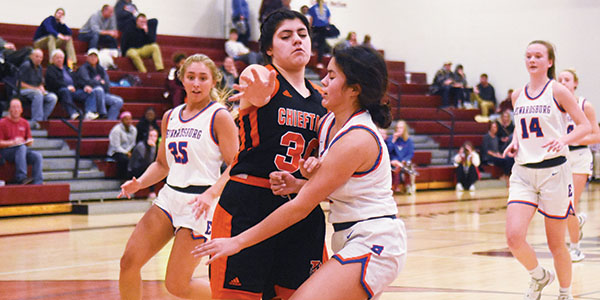 DOWAGIAC — The All-Wolverine Conference girls basketball team was dominated by the teams from the South Division.

Co-South Division champions Edwardsburg and Three Rivers each had two players on the first team, while Sturgis and Vicksburg also had a player on the squad.

First-team selections from Edwardsburg were Claire Bartz and Abbey Krugh, as well as Kali Heivilin and Hadley Miller, of Three Rivers. Sturgis’ Sage Groves and Hannah Miller, of Vicksburg, rounded out the South Division representative.

The remaining first team selections were Alison Bishop, of Allegan, and Vannessa Robinson, of Plainwell.

Three Rivers’ Jason Bingaman was named Coach of the Year.

Dowagiac’s Allie Conner was a second-team selection, along with Macy Laubach, of Edwardsburg.

It is unknown as of press time if the Wolverine Conference will release a all-conference boys team or if the Associated Press and Michigan High School Basketball Association will be releasing all-state teams at a later date.

NOVAK: Living without sports is tough

It is something I never imagined would happen in my lifetime. Having to live in a world without sports to... read more