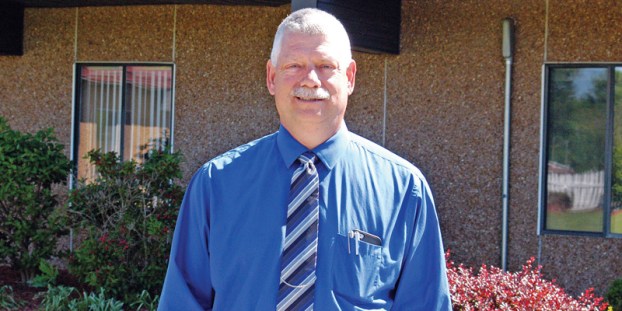 DOWAGIAC — Southwestern Michigan College will welcome a new member to its board of trustees.

After current residents of the SMC district were encouraged to apply for a board vacancy at SMC, 58900 Cherry Grove Road, Dowagiac, chairman Thomas Jerdon said the board received two applications from interested candidates. As a Michigan public community college, Southwestern Michigan College operates under the supervision of a locally-elected board of trustees.

Jerdon said the board received letters from Skip Dyes and Tracy Hertsel. Currently, Dyes sits on the Cass County Board of Commissioners, representing district three. Hertsel is employed at Niles Community Schools as the director of student support services.

Treasurer Becky Moore made a motion to accept Hertsel’s letter of intent with a motion of support seconded by Jerdon. After discussion, the board of trustees unanimously appointed Hertsel, of Vandalia, as the new trustee.

Hertsel, who was born in Dowagiac, has remained a resident of Cass County for more than 45 years. As a graduate of Cassopolis Ross Beatty Junior/Senior High School, Hertsel attended SMC and received his associate’s degree in 1983.

Moore, who said she knows both individuals, applauded both applicants as distinguished members of the community who actively serve.

“My first choice would be Tracy,” Moore said. “Tracy is currently in education still. … I’ve witnessed his handling with students, parents, staff, teachers, and I just think he has put all those people first.”

Jerdon said choosing between the two candidates was like deciding between ice cream and pie. However, he has seen Hertsel’s advocacy for SMC.

“He has been a tremendous supporter of SMC dual enrollment at Cass and at Niles now,” Jerdon said. “Between Cass and Niles, those are two of our four largest K-12 markets. To not cultivate that relationship is something we need to pursue.”

Hertsel was formerly employed at Cassopolis Public Schools for 29 years. His career started as a middle school teacher, where he taught for six years before working in different levels of administration. He eventually served five years as superintendent. After retiring, Hertsel then accepted a job offer from Niles Community Schools.

“Since Tracy is a veteran administrator and veteran educator, he has dealt with collective bargaining agreements, budgets, faculty and students. He’s a wealth of experience.”

Hertsel will fill an open trustee vacancy after Dr. Heidi Grabemeyer-Layman submitted a letter of resignation in mid-February. Grabemeyer-Layman stated in a letter to trustees that she was moving out of the SMC taxpaying district and was resigning to comply with state statutes before her residency change.

Grabemeyer-Layman, a board-certified OB/GYN with South Shore Women’s Health Care in St. Joseph and was appointed to the board in February 2015 to fill a vacancy. The following fall, she was elected to the seat.

Hertsel will begin serving as a trustee immediately and will stand for election on the non-partisan ballot this November, and, if elected, will serve a six-year term.

CHICAGO — Lauren Krueger has really come up in the world — 60 floors up. Ten years after Dowagiac’s 2012... read more