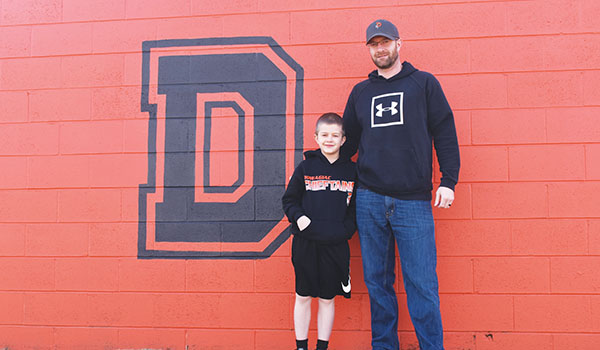 DOWAGIAC — A game of trivia will help support local baseball and softball players in the area.

On Saturday, the Dowagiac Youth Baseball and Softball Association will host its annual trivia night at the Dowagiac Elks Lodge 889, 300 Riverside Dr., Dowagiac.

The fundraising event will include a 50/50 raffle, a silent auction with donations from local businesses and prizes for trivia winners. Doors will open at 5 p.m., with the trivia beginning at 6 p.m.

Tables are being sold for $100 and can include up to 10 participants. As of Wednesday, DYBSA President Tim Feirick said a few tables were still available to reserve.

Feirick took over as president during the 2019 season. This year, the association will be celebrating its 51st year of providing a softball and baseball league for the local community. The association is committed to creating a safe and fun environment for children to learn to play baseball and softball, Feirick said.

“It started as a way to help out type-thing,” Feirick said of his involvement. “A lot of the board members that were involved a couple of years ago started to move on. That’s when I got involved.”

As a child, Feirick grew up around the sport of baseball. When Feirick’s oldest son started playing in DYSBA, he stepped up to help coach. Now his youngest son, Tyler, is also playing in the league.

Feirick, along with seven other members on the board of directors, helped plan the fundraiser at the Elks as a way to raise money for the organization’s annual costs.

“There’s the normal maintenance stuff like the mowing and all of that type of stuff we have every year,” Feirick said of the organization’s costs.

He also mentioned electric bills and providing insurance. Building maintenance is also an expense the league takes on, and the board is continually looking to make improvements to the facilities. The association is also looking into updating the dug outs at Russom Park.

This year, Feirick said the league would also like to purchase new equipment for the athletes, including catcher’s gear.

Feirick said the trivia night hosted to support the organization has been going on since before he became involved.

With DYBSA’s spring registration officially closed, Feirick said the organization had more than 270 players registered for the upcoming season. Last season, Feirick said the association had about 203 players participating in the league.

Feirick, who is also involved in Dowagiac’s youth football program, Rocket Football, and volunteers with the Dowagiac Youth Wrestling Program, said this year he has focused on getting the word out about DYBSA and its goal to instill the values of teamwork, sportsmanship and fair play in its athletes.

Practices will begin the weekend after spring break. An opening day ceremony will kick off at Russom Park, 28776 Yaw St., Dowagiac, on Saturday, May 2.

Currently, Feirick is working on scheduling the association’s games with other local teams in the area, including Cassopolis, Decatur, Coloma and Hartford.