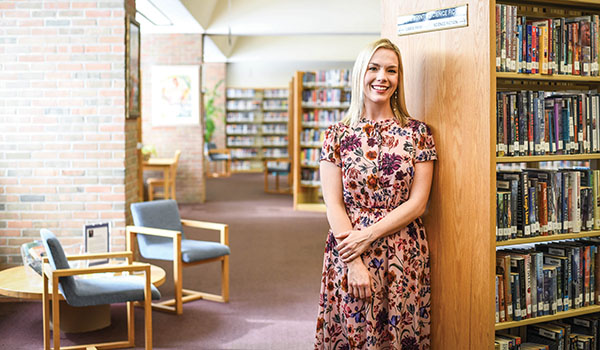 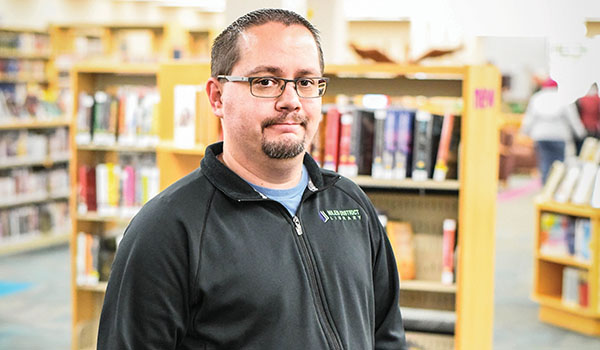 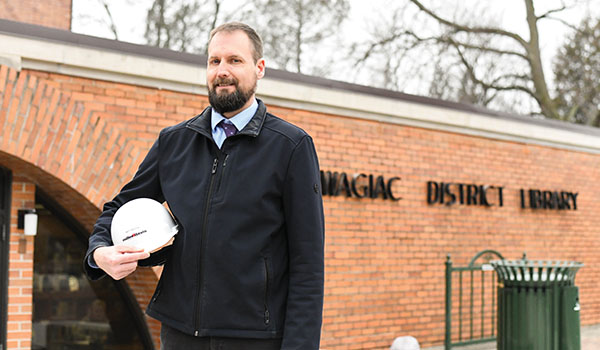 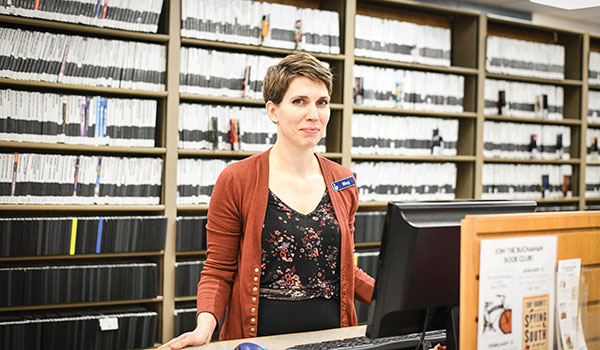 Green lamps with pull strings sit on top of solid, wooden desks. Long rows of drawers are filled with cards cataloging every book in the building. A grumpy older woman with a perpetual scowl keeps an index finger pressed to her lips, ready to shush noisemakers.

For decades, these images have been used to describe the American library. They are also everything that library directors across southwest Michigan aspire not to be.

As the way people consume media has evolved, so too has the way libraries operate.

Upon his promotion to library director last fall, Niles District Library Director Stevyn Compoe said in order to thrive, library leaders must constantly evaluate what needs to happen to remain relevant and fulfill the needs of their communities.

“If we stay the way we always were with just being the quiet place with a ton of books, we’re going to stagnate and eventually die off,” he said.

In this way, Compoe and library administrators throughout the country have become not only the resources for information from the past, but catalysts for change in the present and future.

In recent years, southwest Michigan libraries have undergone changes in leadership, building renovations, community programming and even the structure of the long-standing idea of late fees. 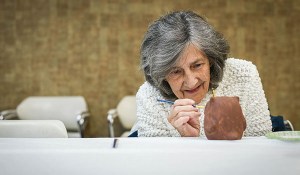 Of the four districts, Compoe is the newest director, though he has worked in many roles at the library for almost a decade. Meg Paulette took the reins at the Buchanan District Library in July 2019, succeeding Barbara Gordon, who left to lead the Cass District Library in fall 2018. Matt Weston recently celebrated five years as the director of the Dowagiac District Library.

Weston first began regularly frequenting libraries in his 20s as a way to become acquainted with new towns as he moved across the U.S. At that point, libraries still primarily functioned as resource centers.

“Now, libraries are less about answering questions about general information; we don’t have many reference books left,” the Dowagiac library director said. “It’s become more like a community building — a place to gather to accomplish various things … everything from job hunting to meeting others and coming to programs.”

Gordon said the Cass District Library remains a print-driven library serving the rest of rural Cass County, but, like libraries across the U.S., has shifted focus to accommodate the growing needs of its patrons.

“I personally think libraries are really poised to serve as places where people can come to improve their quality of life,” she said. “People can enter without expectations, and they can come to the library, yes, for books, but also to learn skills and to bridge the community divide.”

Library directors across the four districts said creating a cultural center where people of all walks of life can learn, grow and collaborate has been a priority in restructuring. 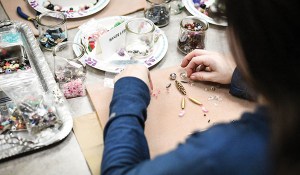 On a typical day at the Niles District Library, a group of patrons can be found chatting with one another as their hands work needles through yarn, crocheting or knitting in the company of fellow crafters. Meanwhile, just a few yards away, another group of individuals can be found playing Dungeons and Dragons. Another group still may be studying for their general education degrees, while even more attend lectures given by experts in various fields.

“People are always surprised to hear the amount of programming and the types of programs we offer,” Compoe said.

Gordon and Paulette echoed Compoe, saying their respective libraries are working to get the word out about all the programs the libraries provide. Programs throughout the four districts include everything from girls’ night out craft classes — which are at capacity regularly in both the Cass and Buchanan districts — to social work sessions and community meetings.

Local libraries are on trend with national statistics, as the American Library Association reported in its most recent report that the number of programs offered at American libraries grew by half a million in 2016.

Paulette said in addition to activities and assistance they can take advantage of in person, people are often unaware of libraries’ digital resources.

“You can have a library card, and while you can’t get into the library to check out that book you want to read, you can get up at 3 a.m. and check something out and read it on your phone,” she said. 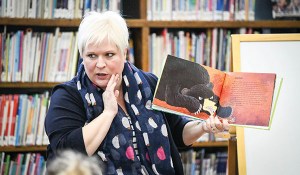 As libraries have reshaped the functions and services offered, the look and feel of library buildings have also changed. In summer 2019, the Buchanan District Library made a drastic, but fundamental change to its building.

“We opened the front door,” Paulette said with a laugh. “We are in downtown Buchanan where there’s a lot of foot traffic, but for many years, we just had this entrance in the back of our building.”

“We feel like part of the neighborhood now,” Paulette said.

In 2018, Dowagiac voters passed a millage of 1 mill, meaning that $1 for every $1,000 of taxable value in the library district will be used to fund a $7.4 million library renovation project over 20 years.

“We are doubling our size with an expansion off of the original Carnegie building from 1904,” Weston said. “We’ll add about 10,000 square feet in space on the first and second floor — 5,000 feet on each floor.”

The added space makes room for a community room, small meeting and study rooms, expanded book collections and space for seating, among other amenities.

The same year Dowagiac voters approved this millage, Niles district voters approved a five-year millage for 25 cents per $1,000 of taxable value, which is expected to garner about $132,000 per year.

The funds are set aside for roof repairs and major renovations to the library bathrooms, which have not been upgraded since the 1960s. Less than a decade ago, the library shut down for a short period to renovate the newer portion of the library, painting the walls brighter colors and adding more furniture for collaborative space.

“We also secured funding to install a glass wall and doorway that will allow us to close off our rotunda for larger events,” Compoe said. “We also expect to be able to replace the remaining areas needing carpeting (including the rotunda) in the fall/winter of 2020.”

In 2016, the Cass District Library’s Main Branch in Cassopolis was renovated to improve the children’s area with new carpet, paint and furniture, and the public restrooms were brought up to ADA compliance.

“For the past few years, the [Cass District] library’s focus has been on a total restoration of the Local History Branch, which is a historic Carnegie Library built in 1909,” Gordon said. “As we talk about visioning for the future, we’re also starting to talk about what our libraries look like moving forward, to continue to meet needs where they are.” 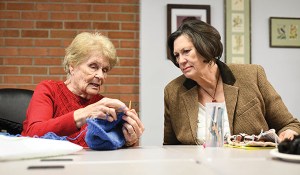 In October 2019, the Buchanan District Library abandoned a tradition as ingrained in the stereotypical library as noise-averse librarians: they eliminated their fines.

“[Fines] are a financial barrier for some people,” Paulette said. “These are exactly the folks we want to serve, to sort of level the playing field, regardless of your financial situation.”

The change was made possible in part through a grant from the Michigan Gateway Community Foundation and has so far not had a negative impact on the library’s budget.

“We had $400 in materials that had been gone for a long time show back up,” Paulette said. “We had stories of people coming in and saying they wanted to come to the library, but didn’t because they owed past due fines.”

The trend is one that has spread across the country, with big cities like Chicago and Kalamazoo following close behind Buchanan’s fine-free program. Paulette and Gordon said the amount of money paid in fines is so minimal at their libraries that it is unnecessary.

However, the approach is not one-size-fits-all.

“Overdue fines for this current fiscal year is budgeted at $16,500,” Compoe said of the Niles library’s fines. “While that is a smaller number in our budget, every penny counts when we are attempting to maintain our level of service and the beautiful library building.”

Both Niles and Dowagiac libraries offer periods in which they forgive fines if patrons bring in nonperishable food items, which are donated to area food pantries.

In spite of their differing opinions on overdue library fines, all library directors share a common vision to make a space where all feel welcome, no matter their socioeconomic status, age, ethnicity or political beliefs.

In Niles, the library hopes to shift its focus from the outside in.

“I am excited to be able to lead our wonderful and vital community asset into the future, continuing to build on the achievements and direction of previous directors,” Compoe said. “We have shifted our focus outward into the community over the past several years to help fill gaps in service and become a central hub to the community we serve. I would say our next step is to look more into patron satisfaction and specifically library non-users to see if we can do anything to draw more users into our facility.”

Weston has the same priority for Dowagiac.

“We’ll definitely be focusing on more programming for all ages,” he said.

With the expansion, the library will have areas specifically for children, teens and young adults, as well as a community room for local groups to reserve and meet, and more space for lectures and other community meetings.

Like Niles and Dowagiac, Cass and Buchanan libraries hope to spark dialogue about key issues, sharing the community’s story in the same way as the books on their shelves.

“Libraries are a place to be a citizen and not a consumer,” Paulette said. “My vision would be to get more conversations started with people who don’t necessarily agree with each other. … I feel very patriotic about it. This is what it means to be an American. At the end of the day, the most important things — those same things are important to us.”