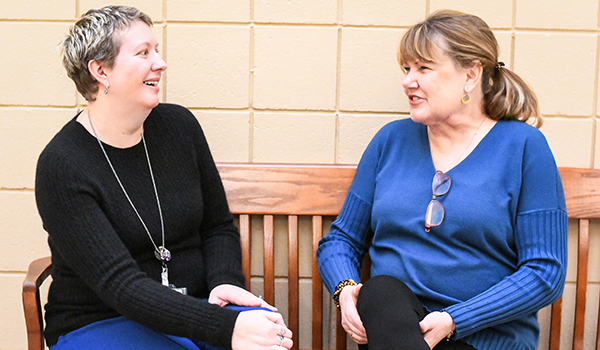 With a swipe of a key card, Dowagiac resident Preston Collett, 47, can access almost any room inside the Cass County Law and Courts Building.

“This still feels strange,” he said as a courtroom unlocked with a click. “I have access now. Isn’t that crazy?”

Several years ago, Collett stood on the opposite side of the judge’s stand in that same courtroom as a criminal. As a former meth user, he has spent time in both Cass County Jail and state prison during times he was in active addiction.

However, today, Collett walks the halls of the courthouse, 60296 M-62, Cassopolis, on the other side of the law. As a case manager for Cass County’s treatment courts, he works to help those who have been in his past shoes get sober and put their lives back on track.

“Basically, I went through the program, went back to school, and now I’m the case manager,” Collett said proudly. “I never would have thought in those years that I would be here today. But here I am. It’s just been amazing.” 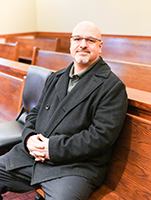 Cass County treatment courts serve as an intervention to the traditional justice system that works with clients in specialized programs aimed toward recovery and, in the case of family treatment court, the reunification of families. These courts are specially designed to reduce recidivism and substance abuse among nonviolent offenders and to increase the offenders’ likelihood of successful habilitation through early, continuous and intensely supervised treatment, mandatory periodic drug testing and the use of appropriate sanctions, according to the state of Michigan.

To those who run them, Cass County’s treatment courts serve a vital role in the community by focusing on rehabilitation instead of punishment to save lives and reunite families.

“The purpose of treatment courts is to work with participants in a way that is treatment driven to meet their needs and the needs of the community,” said Chief Judge Susan Dobrich. “We make sure we have a full continuum of care.”

Looking at the whole person 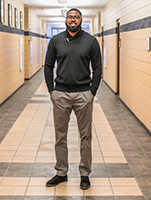 Cass County’s treatment court system — which includes drug court; family treatment court, aimed toward family reunification by working with both parent and child; swift and sure probation; and mental health court — got its start in the early 2000s. The project was led by Dobrich and adult treatment coordinator Barbara Howes, both of whom see the need for treatment courts in the community.

“The regular system doesn’t do as well because they think they can punish people to get them to change,” Dobrich said. “If you don’t address the reasons they were there in the first place, they can come back.”

Before entering into treatment court, an individual must complete a risk assessment and an assessment of the level of treatment needed. Though it may seem strange, treatment courts seek participants who have a high risk of reoffending, as studies show those are the people who benefit from the program the most.

Unlike regular courts, treatment courts rely on a high level of supervision and programming to help give individuals the tools they need to turn their lives around. Someone going through treatment court might encounter programs related to housing, education, money management, trauma counseling, parenting and more.

“We look at the whole person,” Dobrich said. “When people come to us, addiction is just one presenting issue, but after a period of time, we find out they don’t have a job or the education to get the type of job they should have. They have trauma in their background that has gone untreated, and they use substances to self-medicate, and they don’t have transportation or a home. Those are all things we are looking at.”

To help meet all the needs of a patient, every Wednesday morning, a group of representatives from across Cass County meets inside of a small conference room located in the back of the courthouse. The meetings include individuals ranging from prosecutors, children’s attorneys, community corrections, mental health and addiction specialists, defense attorneys and representatives with the Pokagon Band of Potawatomi Indians, to name a few. Leading the weekly meetings is Clarence James, coordinator of family treatment court.

“We all have a common goal, which is to provide the best services to the people we work with,” James said. “Sometimes, we have to put things aside, and we are willing to do that for the good of our participants. We do everything by a team approach.”

Calling his work his passion, James said he believes in the power of treatment courts to help individuals and families, adding he personally has seen the process save lives.

“Family treatment court really allows parents to build a rapport with the judge,” James said. “It gives them the support they need to really succeed.” 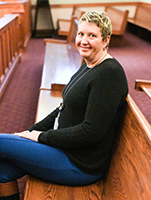 Nine years ago, in December, Chelsea Schoetzow, 43, of Jones, came home to an empty nursery.

She had just given birth to her second child, and she had prepared her home in anticipation of her new son the way any mother would, with a crib and toys laid out. However, as Schoetzow was a 20-year drug user, both of her children had been removed from her care and placed into a foster home almost immediately after she had given birth.

Though Schoetzow describes the moment as her lowest — a moment when everything felt lost to her — it was also the moment that caused her to turn her life around.

“I went outside, and it was snowing, and it was cold, and everything was hopeless,” she said. “I just cried out to God, somebody I didn’t know. After that, like the next day, I was led to a church.”

Looking back at that moment, Schoetzow said she believes it was God and her newfound faith that led her to Cass County’s family treatment court program and allowed her to trust the process. Today, she is nine years clean, married, has full custody of her children and has served for five years as a full-time peer recovery coach for family treatment court. She said the program changed her life.

As a peer recovery coach, Schoetzow facilitates groups and meets with clients one on one, working with them to discuss how they are feeling and offer support.

“I’m a person who is in long-term recovery, and that is what causes me to be a peer support. It gives me that unique, special look into the lives of the people we work with,” she said. “I have a really good perspective. I know exactly what they are going through at this moment. I know that it is difficult. I know it is hard to listen to the rules, but I also understand that they can do it, even when they think they can’t.”

Dobrich said employing peer recovery coaches like Schoetzow is a crucial component to the program’s success, as it allows participants to work with someone they can relate to.

“There is a huge distrust in the very beginning,” she said. “It takes a while to build that trust, and a peer support bridges that right away. They are more likely to talk to someone like Chelsea or Preston because they have been in their shoes.”

Before becoming a case manager, Collett also served as a peer recovery coach for the program. In that role, he was able to relate to clients by sharing his story of relapsing in 2012, which led him to family treatment court with his then partner. He said his journey through treatment court allowed him to be a better person and father to his son, which is what he wants for every client that he now sees come through the program.

“[Family treatment court] made me a totally different person,” he said. “They give you the tools back again to take back your life. It allowed me to blossom into who I was meant to be.” 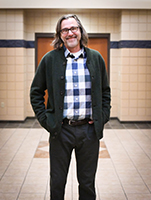 Once someone graduates from treatment court, their journey does not end. Overcoming addiction is a life-long process, and the need for supports does not end when someone leaves the program, which is why the overall goal is to teach individuals coping strategies and give them the resources to continue with their recovery beyond the courtroom.

“We stress that this is a lifelong commitment,” Howes said. “Addiction is a chronic disease. So, if they don’t manage the disease of addiction, it will manage you. It’s like diabetes. If you don’t manage it, there are consequences. … We teach people to connect, and the ones that connect, they don’t come back [into the system]. Even if they had an issue, they know where to find the resources.”

While some who go through the program do stumble, the program has many success stories, which is what Howes, Dobrich and James all said pushes them to continue their work.

In the future, both Dobrich and Howes said they would like to see the treatment court program do even more than it has to serve more populations of people within the county. Until then, they hope to see more success stories like Collett’s and Schoetzow’s. In fact, Dobrich said the day she gave Collett a key to the courthouse was one of the proudest of her time working in the treatment court program.

The weeks leading up to November 2019, a buzz of busy energy pushed the staff and administrators at the Cassopolis... read more