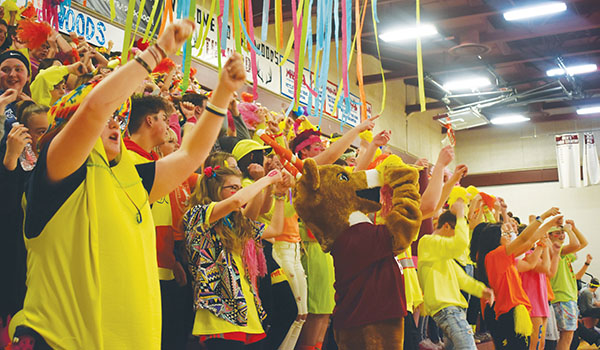 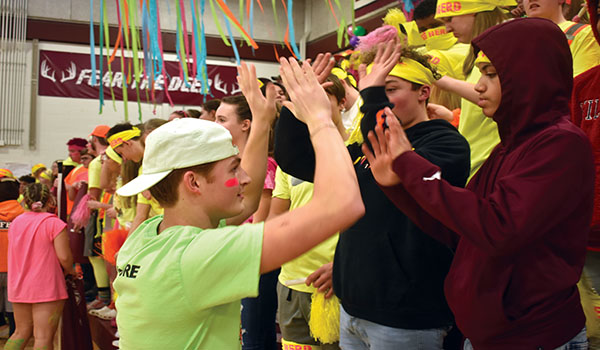 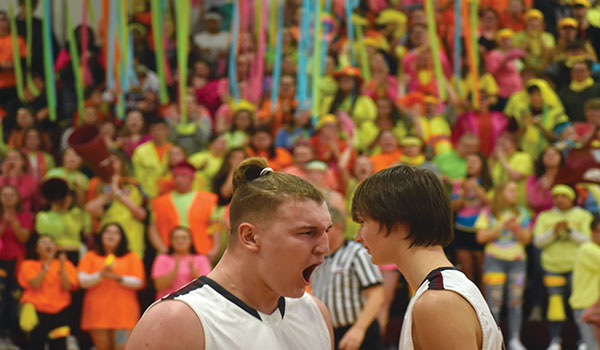 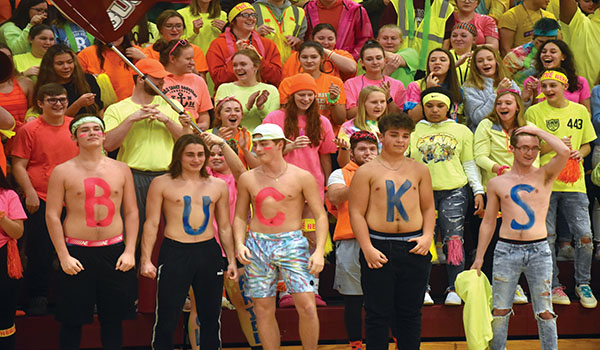 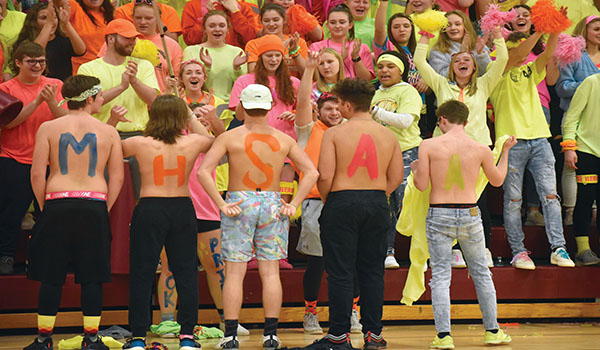 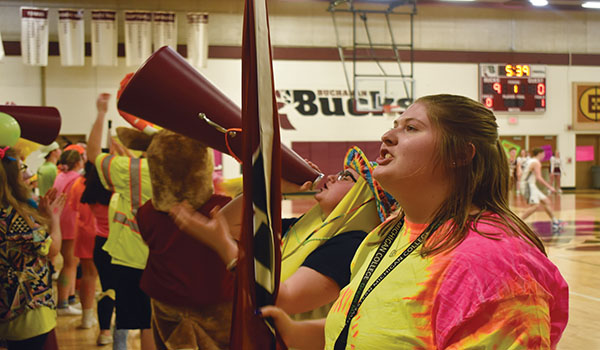 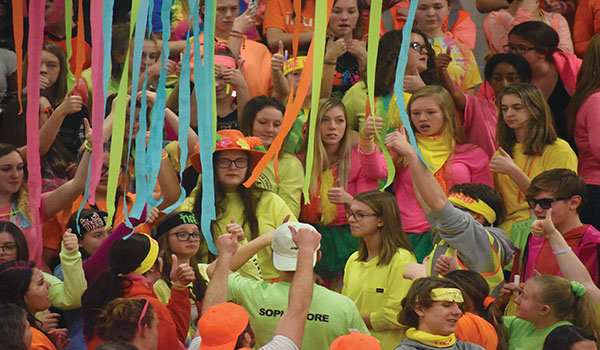 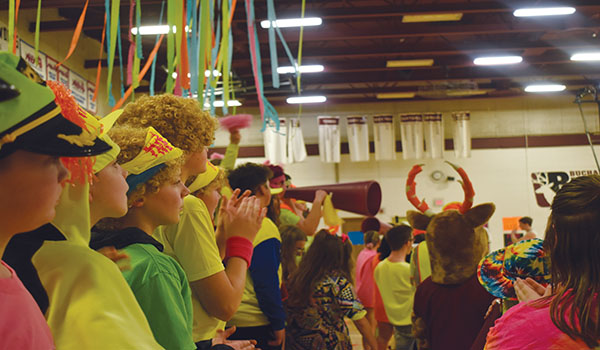 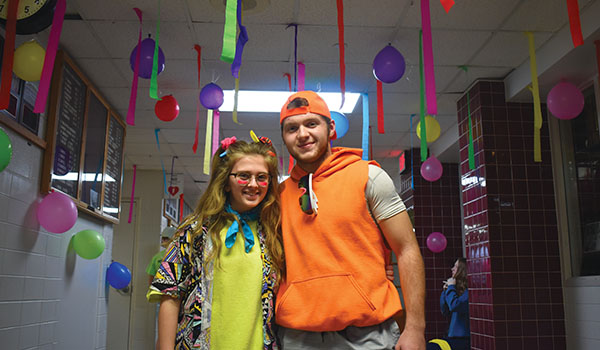 BUCHANAN — Carter Aalfs yelled through a megaphone. Nora Kaltenbach jumped and danced on the bleachers. Around them, dozens of Buchanan students decked out in neon attire cast a presence bright to the eyes and loud to the ears at a home boys varsity basketball game.

It was a typical game night for The Herd, the Bucks’ school spirit group, but the importance of the game went beyond the final score.

The Herd was nominated as a finalist of the Michigan High School Athletic Association’s Battle of the Fans competition in January. As the Herd sent whoops through The Forest, the nickname of the basketball court, three MHSAA officials watched.

The officials had narrowed down 100 student sections across the state who submitted videos to the MHSAA down to nine semifinalists, then to three finalists. Buchanan was their second stop. They assessed The Herd’s members on their organization, size, sportsmanship, energy and zeal.

The winner of Battle of the Fans will be announced Feb. 21. Buchanan is up against the student sections of Zeeland East and Saginaw Heritage, hoping to claim its third championship.

“We still have a lot of schools that take a lot of pride in having a great and spirited student section, and we probably have seen it more in Buchanan High School than we probably have any other place in the state,” said Andy Frushour, MHSAA director of brand management.

In the nine years since a student group helped bring Battle of the Fans to reality, Frushour said he has visited Buchanan seven times. He considers The Herd to be a “hall of fame” participant, a group to show first-time contenders what a good student section should look like.

Frushour said there is more to a student section than its ability to cheer. Sportsmanship, inclusivity and organization are key features, all of which The Herd handles well.

Those features were emphasized in The Herd’s video submission to the MHSAA. Students talked about including all students of all grade levels, providing spirit gear to those without it, keeping students up to date on social media, and planning out cheers, dances and events months in advance.

Seniors Carter Aalfs and Nora Kaltenbach both said The Herd goes beyond the basketball season. Groups of organized students try to be present for athletic teams and for all students in class.

“We are a family, so you can come from every walk of life and join The Herd,” Kaltenbach said. “The Herd kind of becomes your thing.”

On Tuesday, leaders of The Herd guided students from elementary school on up through a variety of dances and cheers meant to positively boost the Bucks on the court. If students did not have neon apparel, The Herd provided.

“It changes people in a way you never expect that person to be,” Aalfs said. “It pulls them right out of their shell.”

The Herd also strengthens appreciation for the school district teams and people, group leaders said. Kaltenbach said she likely would not watch basketball games if The Herd had not gotten her interested in it, and she thinks others have the same feeling, too.

Reid McBeth, the varsity boys basketball coach, said The Herd is a benefit to his team.

“Our kids sure get really excited about it,” he said. “It’s fun to play with a big crowd, and we have a good time with the cheers.”

Minutes after McBeth spoke, the varsity team emerged from the locker room, donning neon warm-up shirts similar to their students section’s. If the Herd’s volume level was any indication of their reaction, the group loved the gesture.

Buchanan went on to beat Watervliet 67-45.