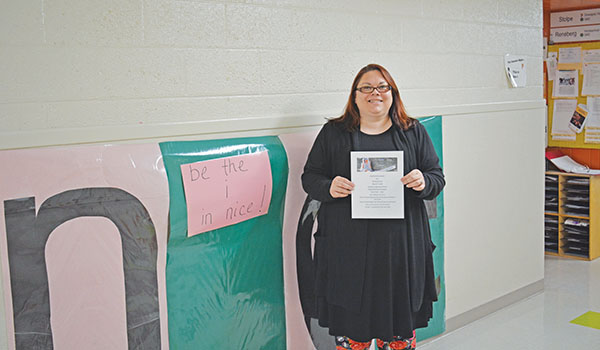 DOWAGIAC — Community members looking to dance to the beat of their own drum will have a chance next month.

The DogPatch Drumathon will be hosted from 10 a.m. to noon March 7 at the Apostolic Lighthouse Church, 30402 M-62 W., Dowagiac. The event will feature cardio drumming, a cardio exercise that involves hitting an exercise ball in rhythm with fast-faced music.

Proceeds from the event will go toward covering the costs of gastric cancer treatments for Ronda Sullivan, a life-long Dowagiac resident and member of the Dowagiac Union Schools Board of Education. Tickets are $20 per person, and other donations will be welcome. Until Friday, organizers will be selling T-shirts, which will also go to support Sullivan’s treatments. T-shirts can be ordered by emailing tbrooks@dowagiacschools.org.

“Ronda does so much for the kids. She always has,” said Tonya Brooks, an event organizer and close friend of Sullivan’s. “We want to do anything we can to help.”

Brooks said hosting a drumathon for Sullivan seemed like a natural fit because Sullivan is a regular at cardio drumming classes. Brooks, who has hosted drumathons in the past, said the event would be a fun way for people to come together and support a community leader.

“We just want to honor Ronda and have a positive atmosphere for her,” Brooks said. “This is something she would never ask for, which is why I had to do it. She is very modest, but she is very deserving because she does whatever she can for anyone around her. We want to show her we appreciate her for all that she does for us.”

Sullivan’s twin sister, Danielle Lucas, said the money raised would go toward covering the cost of scans associated with her cancer treatment that are not covered by insurance. Each time she receives treatment, Sullivan has to pay between $1,500 and $2,200 out of pocket.

Currently, Sullivan is on her third round of chemotherapy after being diagnosed with stage three gastric cancer in 2013.

Lucas said she was grateful to Brooks and the community for hosting the drumathon to support her sister. She added that she hopes many people will attend the event.

“Cancer is a disease that has touched many people in Dowagiac, and unfortunately, we haven’t found a cure for it yet,” she said. “I would just like people to come out and realize the chemotherapy that cancer patients have to go through is very expensive.”

Brooks added that she would encourage the community to invite as many people as possible to attend the event and support Sullivan.

“We want to show Ronda that she is not fighting alone,” she said.

No matter how many attend the event or how much money is raised, both Brooks and Lucas said their number one wish is for Sullivan to become cancer-free.

“We are hoping that this is the last [round of treatment],” Lucas said. “We are going to get her through these months of treatment, and hopefully that will be it.”

“This is her third time with cancer, so we are hoping three strikes, and it’s out,” Brooks said. “We hope she gets a full remission. We all hope and pray that it is gone.”