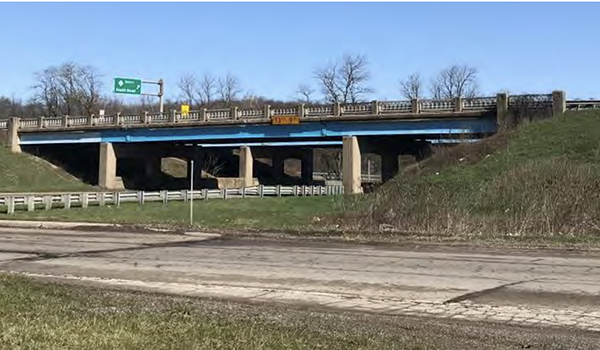 NILES — Kyle Rudlaff, a lifelong Berrien County resident, recalled a time when people thought US-12 would be the big beltway connecting the industrial corner of Michigan to Chicago and beyond.

Then came I-94. Industrial sectors along US-12 became commercial. Soon, the dream of US-12 as an interstate freeway existed only in its structure: its interchanges and bridges on M-51 and Third Street.

“It’s not an interstate freeway,” Rudlaff said. “It’s not like it’s set up right now.”

Rudlaff is a pavement management engineer for the Michigan Department of Transportation in southwest Michigan. MDOT recently released a study stating that two of US-12’s bridges in Niles Charter Township would be demolished and intersections on M-51 and Third Street would be replaced.

Signalized intersections and indirect left turns, nicknamed “Michigan lefts” would be set up on M-51 instead. They would lead to entrances onto US-12 that are not sloped upward onto a bridge, but level with the land.

The $26 million project funded by MDOT also includes pedestrian and traffic light change safety improvements; reconstruction of one mile of US-12; and 2.5 miles of M-51 resurfacing.

The changes, Rudlaff said, will help US-12 better serve the commercial community around it. The changes are also predicted by MDOT to lessen traffic and accidents resulting from it.

Still, some residents are upset about the Michigan left turns, including business owners in the area.

The future reconstruction of three major roads in Niles Township has been two years in the making. Discussion began in 2018 and continued into 2019 with three public meetings, three stakeholder meetings and two Niles Charter Township Board of Trustees meetings.

MDOT was involved in each gathering, laying out options and collecting concerns raised by residents.

“We don’t want to pretend we know it all,” Rudlaff said of himself and other MDOT staff. “We want to go in and listen.”

Rudlaff said meetings were initially created in preparation for US-12 bridge repairs. The bridges were installed in 1955.

Despite general maintenance, more than half the bridges’ deck surfaces were damaged and rust was overtaking their beams. Their vertical clearance beneath was also 2 feet, 4 inches below MDOT’s requirements.

The bridges had to be removed and at least replaced, so MDOT devised alternative options. As residents provided insights on the options, ranging from a roundabout to a diamond-shaped interchange, MDOT realized other issues persisted.

First, residents were concerned about the high level of traffic accidents on the intersection of US-12 and Third Street. They were also concerned about high levels of pedestrians along the nearby Indiana-Michigan River Valley Trail and on M-51.

“That shifted our focus to Third [Street] and prompted that any solution we come up with, it’s one solution for both intersections,” Rudlaff said. “We treat this as one entity, one problem. We worked on them together.”

In 2023, Third Street and US-12’s intersection will have upgraded traffic light systems.

First, lights will remain red on all four ends of the intersection for five seconds after a pedestrian is given a signal to cross. Rudlaff said that is meant to give pedestrians a head-start on traffic.

Second, if vehicles on US-12 are detected by the intersection’s traffic system to be unlikely to stop during a yellow or red light, the traffic lights for vehicles on Third Street will remain red until that fast-paced vehicle passes through. Rudlaff said the “dilemma scenario” moments between yellow and red lights are prime times for accidents, so the upgrade will likely minimize collisions.

Finally, MDOT is working to create landscaping on the site of bridges that will minimize erosion and runoff into watershed and the nearby Brandywine Creek.

Rudlaff and other MDOT staff also took fuel tank truck drivers into consideration. They were concerned about using Michigan lefts to make slow turns onto US-12, which would make them cross through a 55 mile-an-hour street.

So, MDOT added Michigan left signals for left movement onto westbound us-12, as to get a dedicated green phase of traffic to lesson concerns of pulling out of traffic. Truckers present at a follow-up meeting indicated satisfaction, according to the MDOT study.

Overall, Rudlaff said indirect turns and the demolition of bridges would be the best fit for resident concerns and safety, according to studies of the area.

The MDOT employee admitted, however, that it is difficult to keep residents happy.

Joe Shelton is one resident disappointed with the future interchange. He is a business associate of Shelton’s Farm Market, whose location on M-51, also known to Niles residents as S. 11th Street, puts it next to the current ramps of US-12.

The market made it through a bout of road construction in 2019. In 2023, it will face another.

Shelton said business may take a small hit when construction begins, as it did in 2019, but he is more concerned about traffic on M-51.

He said he has never been a fan of Michigan lefts, and he believes a roundabout or cloverleaf on-ramp option would be better for traffic and for drivers of large trucks.

The roundabout option Shelton would have preferred was eliminated after residents at MDOT’s first public meeting largely showed dissatisfaction with it. Shelton said people just need to go through one a few times to become familiar with it.

Shelton also worried that people would be inclined to avoid the Michigan lefts on M-51, opting to take Third Street instead, leading to more congestion.

Many people on Facebook also publicly shared their frustration. Some said that roundabouts would be the best option, while others said keeping the bridges would be. Others claimed that no changes were needed, despite two 65-year-old bridges being a future danger.

Despite differences of opinion, Rudlaff said one prediction was clear: traffic would increase on US-12 in the future. An at-grade Michigan left option was determined by MDOT to be the best to address the issues traffic would create.