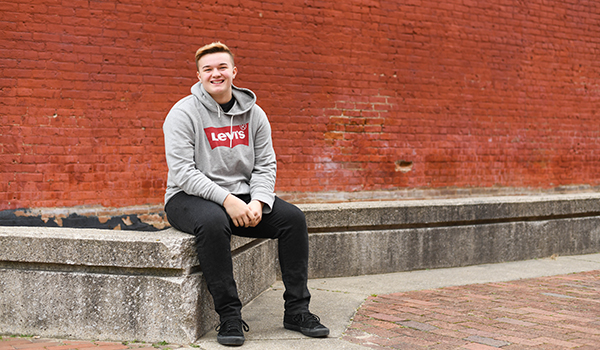 NILES — In 2019, BMX freestyle cyclist athlete Hannah Roberts dominated world competitions in her sport. Now, she is the first-ever qualifier for the BMX freestyle event, which debuts at the Tokyo Olympics Aug. 2 and 3.

The Buchanan native could become the youngest U.S. cyclist since 1912 and the first teenaged woman internationally to win an Olympic cycling title if she performs well.

Roberts is not letting the pressure of a historic moment get to her, however. If anything, the announcement that she had qualified was a relief.

“I’ve been working for the last three years since they made the Olympic announcement to qualify for that spot,” she said. “To be the first one to be put on the team, especially so early … is like a big stress-reliever.”

Most BMX freestyle athletes will not know whether they officially have qualified until June. Roberts found out earlier because she swept the first-place spot at three world cup events and one world championship in 2019. The Olympic BMX freestyle scoring system indicated that Roberts clinched a spot due to her high point scores with two 2020 world events left for athletes.

In BMX freestyle events, athletes spend 60 seconds performing tricks on their bikes on different obstacles in various venues. The 2020 Olympics’ venue will be a park setting.

With a three-year dream complete, Roberts said she will focus on two objectives that may be on a smaller scale than the Olympics but have ramifications just as large.

First is to help Paris Benegas become the second U.S. woman to qualify for BMX freestyle.

The 24-year-old California native placed third in the first world cup of 2019, then followed up with second-place finishes at the remaining world cups and the 2019 world championship.

Benegas’ and Roberts’ scores have helped the U.S. team place about 6,000 points ahead of second-place Australia. Meanwhile, the U.S.’ men’s team are duking out a much closer matchup with their competition from down under.

Under BMX freestyle’s inaugural rules, nine men and nine women will compete in Tokyo, with no more than two per gender being from one national team.

Benegas has beaten Roberts before. They became friends through their mutual competitions, later both moving to Holly Springs, North Carolina to train with coaches and other Olympic cyclist hopefuls.

“To ride with the pros that have the Olympics on their mind was something I needed last year,” Roberts said, who moved away from Buchanan after graduating high school in 2019.

Holly Springs is where Roberts’ second objective can be realized. She wants to keep hitting the BMX courses and the fitness center hard.

Roberts said she starts her typical day at 6 a.m., when she loosens up on a stationary bike for 30 minutes. After a few hours of riding with her teammates, she goes back to the gym.

There, she works on her endurance — she said much of her strength has been developed by riding and competing. She will often complete interval training on ellipticals, stationary bikes and rowing machines.

Some of her favorite moments at Holly Springs, however, are working with younger BMX riders, helping them develop their skills.

“Getting that experience and that opportunity to just help other people in the sport is my favorite thing,” she said.

Roberts is doing a similar activity during her short time currently in Buchanan. While she sat in Union Coffee House in Buchanan, old friends texted her, asking if she wanted to ride with them.

Spending time with family and friends during competition is what Roberts has appreciated most over the past three years.

During the 2019 world championship, her mother flew to China to see her ride and eventually win.

“To experience that win with her was unlike anything else. I had my mom there, and all my teammates, and all my coaches,” she said. “I think that was highlight. That was my goal for 2019, and just to see all the hard work come together and have everyone there was awesome.”

Whether in a crowd of thousands in Japan or from a TV screen in Buchanan, Roberts’ friends and family will be able to see Roberts’ hard work come together again soon.