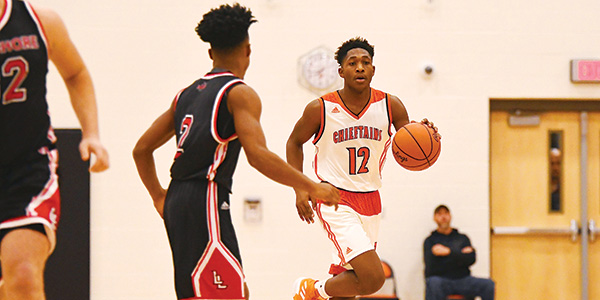 DOWAGIAC — As the girls basketball teams wrap up their opening week of the 2019-20 season, and the competitive cheer and bowling teams get set for their first competitions of the season on Saturday, eyes turn to boys basketball and wrestling next week.

Both boys and girls basketball teams will hit the court starting Tuesday night. Five of the six boys basketball teams that Leader Publications covers will be in action, while the Cassopolis Rangers are still a week away from opening the season.

The biggest game of opening night for the boys will be at Dowagiac Union High School, where the Chieftains will host perennial state powerhouse Benton Harbor at approximately 7:15 p.m.

The Tigers won the 2018 Class B state championship, and reached the Division 2 regional finals last year before being ousted by Hudsonville Unity Christian 63-54.

Dowagiac lost to Benton Harbor in the regional championship game in 2018, but was knocked out of the state tournament on the opening night of the Division 2 districts, due in part to an injury to standout D.J. Lanier.

Lanier is back and healthy. Dowagiac has five more returning letterwinners, who have spent the summer working on their game and playing games against quality teams from across the state.

Veteran Dowagiac coach Danum Hunt feels his team is ready to once again challenge for a Wolverine Conference championships, as well as, a lengthy run in the postseason.

“This team has high expectations for themselves being that we have so many returners,” Hunt said. “We try to go out and just ‘win the day’ every day.”

Benton Harbor should be a measuring stick for the Chieftains, as the Tigers return one of the nation’s top players in Carlos Johnson, who earlier this year selected Butler University to continue his basketball career.

In other boys basketball action on Tuesday, Brandywine will travel to Kalamazoo Christian, Buchanan will travel to Coloma, and Niles will travel to Three Rivers, where Patrick Touhey will debut as the Vikings’ head coach.

The Dowagiac girls basketball team, which hosted Paw Paw in its Wolverine Conference opener Thursday night (see story at leaderpub.com), will travel to Benton Harbor to take on the Tigers at approximately 7:15 p.m.

The Chieftains’ wrestling team, which has reached the Division 3 state quarterfinals each of the last two seasons, will kick off the 2019-20 campaign at Niles, which is a perennial state finals qualifier.

Wrestling is scheduled to begin at 6 p.m.

In other action, Edwardsburg and Cassopolis will travel to Buchanan for a quad, while Brandywine will host Bronson, Constantine and Berrien Springs. All matches are scheduled to begin at 6 p.m.

The Dowagiac competitive cheer team will also be in action Wednesday as it travels to Edwardsburg for a Wolverine Conference meet.

Here are the games scheduled for Friday and Saturday:

MaKenna Fonseca is a senior on the Niles girls basketball team. What has been one of your greatest accomplishments as... read more