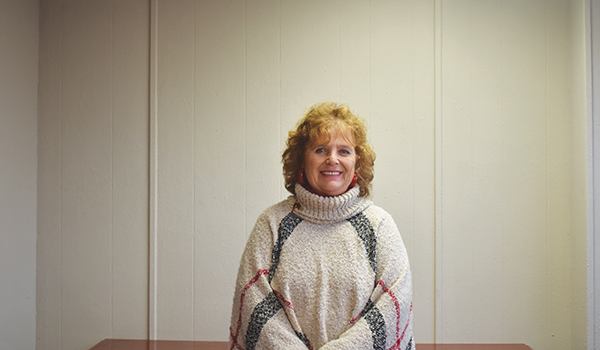 NILES — Brenda Walker Beadenkopf remembers playing touch football in the summer and sledding in the winter with friends black and white as a child in a racially integrated neighborhood during the Civil Rights era.

Her first book, “A Quaker Behind the Dream: Charlie Walker and the Civil Rights Movement” brings her memories, along with researched events and accounts, into one of two volumes about her white father’s role in the fight for black equality.

The Edwardsburg resident, former journalist and current Cass County activist will host a book launch and signing from 6:30 to 8 p.m. Tuesday, Oct. 29 at the Niles District Library, 620 E. Main St.

Her book centers her father’s work in nonviolence movements and teachings both as a Quaker and as a member of the Civil Rights Movement. Volume One focuses on his life story from 1920 to 1955. Volume Two, currently in its editing phase, will recount his life thereafter.

“One of the things I found from my research was that the Civil Rights movement was a very high-principled movement,” Walker Beadenkopf said. “I can’t stress that enough. It was based on Christian principles. These were all reverends who were all dedicated pacifists.”

Her father fit in well with what she considers to be a movement of faith and nonviolence-based principles. His Quakerism — which has a history of promoting nonviolence — introduced him to the principles. Mahatma Gandhi inspired him.

“He combined the moral and the tactical … and applied it on a national scale,” Walker Beadenkopf recalled her father saying about Gandhi, too.

Walker was a conscientious objector during World War II. After, he worked for the American Friends Service Committee from 1946 to 1948, where he traveled to college campuses to promote peace and racial justice.

In 1948, Walker worked at the Philadelphia branch of Fellowship of Reconciliation, a religious nonviolence organization, as the Midwest regional college secretary.

It was in this role that he took his Quaker and Gandhian values of nonviolence to Crozer Theological Seminary in Upland, Pennsylvania. Walker Beadenkopf said her father helped get his boss, A.J. Muste, to speak about nonviolence. Martin Luther King Jr. was in attendance, who noted that it was a transformational experience for him.

From there, Walker Beadenkopf said her father worked behind the scenes in the Civil Rights movements, helping organize notable groups — such as Congress of Racial Equality, Southern Christian Leadership Conference and Student Nonviolent Coordinating Committee — and movements, such as the Mississippi Summer Project of 1964 and Poor People’s Campaign.

“The Quakers were always attuned to these things, the egalitarian ideas,” Walker Beadenkopf said.

Her family was supportive of Walker’s efforts. Walker Beadenkopf said she and her siblings would sometimes sit in on nonviolent demonstrations.

Her mother was supportive, too.

“She was very proud of him,” she said. “She would laugh. She would say, ‘Oh, I got a call at midnight. Charlie’s in jail again.’”

Now, aside from telling her late father’s story through her book and through speaking events, Walker Beadenkopf is working on other projects that reflect Walker’s work toward racial justice.

“I believe that nonviolence is Jesus’ teachings in a practical form,” she said.

She finds her work meaningful, especially because the two groups bring people of different political views, ages, ethnicities and races together.

“That gives me hope in our country,” she said. “We work together on things we know and love. We respect and love and support each other.”

Walker Beadenkopf will make a book-signing appearance in her home county from 1 to 3 p.m. Saturday, Nov. 30 at the Cass District Library’s holiday market. She will also have a booth at Southwest Michigan Writers’ Conference at the Niles District Library from 9 a.m. to 4:45 p.m. Oct. 26.

Women are the theme for this year’s Silverbrook Cemetery tour

NILES — From 10 a.m. to noon Saturday, Silverbrook Cemetery’s deceased residents will likely be joined by a few dozen... read more