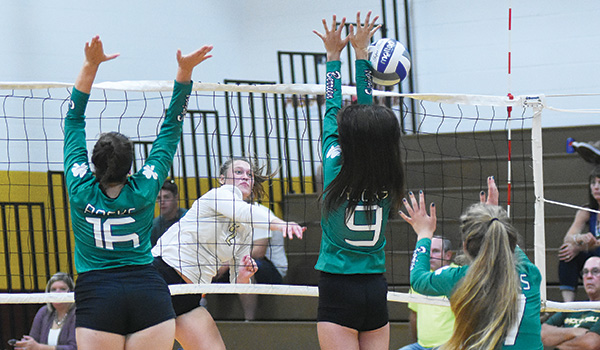 The Bobcats swept BCS Athletic Conference foe Lake Michigan Catholic 3-0, while the Bucks were swept by St. Joseph in a non-conference match.

Kylie Myers had 10 kills, a block and five aces to lead Brandywine, which also got eight kills each from Kristen Alvord and Bethany Duval. Clara DePriest finished the match with 20 assists, three digs and six aces. Liz Stockdale added 12 assists.

Brandywine will return to the court Oct. 26 when it hosts the BCS Red Division Tournament. Play is scheduled to begin at 9 a.m.

The Bucks, who are now 9-14 overall, are beginning to look toward the postseason.

“Looking ahead to conference and districts, my team really has to focus on getting our serve-receive passing more consistent,” said Buchanan coach Shelly Bender. “We have great hitters, but if we can’t pass a great ball, it’s hard to get the hitters a great set. I am confident that my girls will be better themselves in getting better passers to our setter. My team is very young, but they are getting better in each game, and I know by the time we reach the conference tournament, they will be ready to face anyone.”

Buchanan is back in action Monday when it hosts New Buffalo in a BCS match.