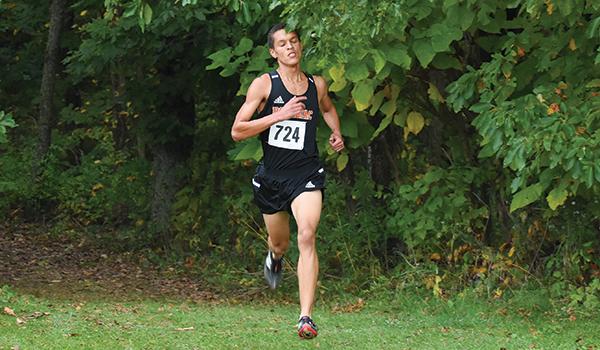 DOWAGIAC — Senior Shawn Little won his final race on Dowagiac’s home course, but that is not what will be remembered about the Rock-N-Run last Thursday.

An issue with course marking made had the girls running nearly four miles and causing the event to be declared a non-race.

The marking was corrected for the boys race and Little blew away the field in his effort to break the course record.

He came up 18 seconds short of reaching that goal in his final attempt. He finished with a 16:18.

Teammate Cole Parker finished fourth overall with a time of 16:50. In between the two Dowagiac runners were Ashton Sheline of Berrien Springs (16:40) and Edwardsburg’s Jack Leman (16:42).

Niles’ Kaylee Thompson, the defending race champion, led the girls into the trails, but took a wrong turn and ran at least four miles extra.

Despite the race not counting, Thompson enjoyed the event.

“We got lost,” she said. “A sign was pointing the wrong way and I think I ran that loop twice. I am not sure how many miles I ran, but I stopped my watch at the 5K and it said 20:20. I passed the same guy like four times. It was still fun. This race is supposed to be fun.”

Brandywine now 7-0 after blowout of Gobles

GOBLES — Another night. Another blowout. The Brandywine football team improved to 7-0 with a 44-0 win over host Gobles... read more