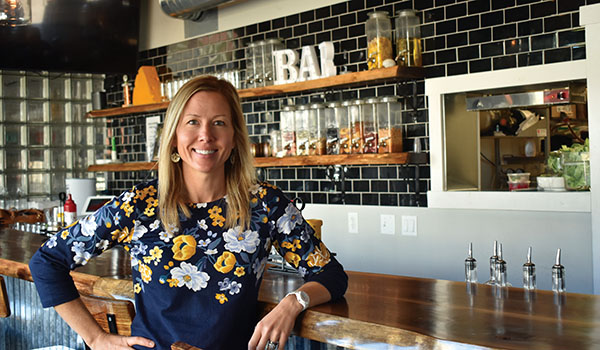 NILES — Fans of dressed up pet pictures on Facebook will have an opportunity to see the animals that melt their hearts in person next Saturday while supporting a cause.

PetPalooza Howloween Party Fundraiser will take place from 2 to 5 p.m. Oct. 19 at Iron Shoe Distrillery, 3 N. Third St. in Niles. The event will take place in the restaurant’s parking lot, and it will include a pet costume contest, live music, vendors, specialty cocktails, a costumed bike cruise and barbecue food.

Proceeds from a $5 pet costume contest entry fee and some proceeds from cocktails and vendor items sold will benefit the Humane Society of Southwest Michigan in St. Joseph.

“I guess I’ve always had a soft spot for all the animals over at the Humane Society, and I wish I could adopt all of them,” said Iron Shoe owner Laura Tuthill. “But I can’t.”

Instead, Tuthill decided to host a pet costume contest to benefit the nonprofit shelter.

The Humane Society’s Yeager Family Pet Shelter is a no-kill animal shelter in Berrien County. It takes in rescued dogs and cats and find them temporary or permanent homes for them.

“We just think that they’re doing good work over there,” Tuthill said. “We wanted to support them.”

To do so, Iron Shoe will host a costume contest during PetPalooza’s span. People and pets can stop by any time to give a $5 donation, then have staff snap a photo.

On Monday, Oct. 21, Tuthill will post all the animals on its Facebook page and allow its followers to vote all week for the best-dressed pet. The owners of first and second place finishers will receive a gift certificate for Iron Shoe, while a third-place prize is still in the works.

“I heard we might even have some snakes and tarantulas coming, so it can literally be any kind of pet that wants to enter the contest that has a costume,” Tuthill said.

Black Dog Wild Flours owner Jean Kusnir has been a longtime supporter of the Humane Society of Southwest Michigan. Her dog, Olivia, was adopted from its shelter.

“I really appreciate the fact that they rescue these animals and find good homes for them,” she said. “Every year, I try to give to treats to the Humane Society. For Valentine’s Day, I passed out hearts.”

Kusnir’s treats are for dogs. Mixing ingredients such as flax seed, coconut oil, honey and coconut peanut butter, the Niles resident bakes treats that are organic, gluten-free and meant to be healthy.

At PetPalooza, Kusnir will sell her traditional dog treats and Halloween-themed bakes. Customers can expect edible black cats, ghosts and pumpkins at her table.

“I’m looking forward to supporting our Humane Society and having some fun,” she said.

As Kusnir sells her treats, Berrien County musician Gene Callahan will perform and barbecue food will be sold and served.

When PetPalooza ends at 5 p.m., another Iron Shoe-hosted event will begin. The distillery will team up with Inertia Cycleworks a few blocks down the street to put on Halloween Boos Cruise.

Participants of all ages are encouraged to put on costumes and ride a one-mile route around town before heading to Iron Shoe to drink its cocktails and mocktails.

Cass County Board of Commissioners updates rules of procedure

CASSOPOLIS — A short meeting Thursday evening allowed the Cass County Board of Commissioners to attend to several items of... read more