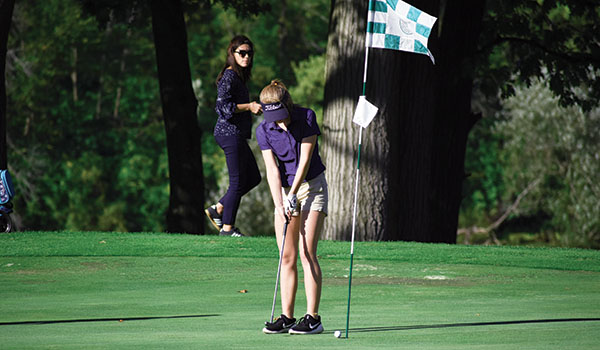 The West Division was originally scheduled to play at Orchard Hills earlier in September, but a steady downpour forced the match to be postponed after an hour of play.

St. Joseph locked up a share of its eighth consecutive West Division championship as it finished second to Mattawan. The Wildcats shot 191 and the Bears 198. Portage Northern finished third with a 199 and Niles fourth with a 207.

BANGOR — The Rangers scored the first three goals of the match, but host Bangor scored the final four, all in the second half, of a 4-3 Southwest 10 Conference match Monday.

Picking up goals for the Rangers were Logan Pflug with a pair and Brett Williams. Buster Ward assisted on Pflug’s first goal.

The Rangers outshot the Vikings 22-11. Jason Sopaseuth was credited with three.

Visiting Covert scored four goals in each half to defeat Brandywine 8-0 Monday.

No further results were provided.