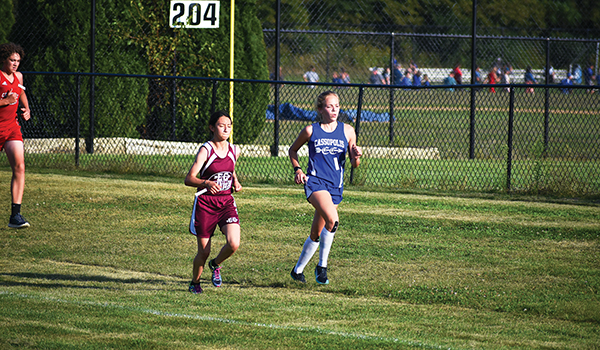 ALLEGAN — The Dowagiac golf team continued a busy week with a win over host Allegan at Cheshire Hills Wednesday.

The Chieftains started the week finishing second at the Viking Cup in Niles on Monday before winning the Wolverine Conference South Division championship in Vicksburg on Tuesday.

On Wednesday, the Chieftains defeated the Tigers 195-263 as Greta Whitaker shot a 41 to earn medalist honors.

The Chieftains will host Edwardsburg in a regular match on Monday at Indian Lake Hills before competing in the Sturgis Invitational at Island Hills in Centreville on Tuesday.

Dowagiac has also added a match against Michigan Lutheran at Blossom Trails in Benton Harbor on Sept. 26.

The Wolverine Conference Tournament will be Oct. 3 at Stonehedge North in Richland.

The Cassopolis Rangers hosted a league jamboree on Wednesday.

The Cardinals had 50 points in the boys race compared to 77 by runner-up Mendon. Cassopolis finished third with 82 points.

Bloomingdale scored 29 points in the girls race, while runner-up Hartford had 52 points. The Rangers did not have enough runners to post a team score.

Lauren Anderson led Cassopolis with a fifth-place finish and a time of 22:33.