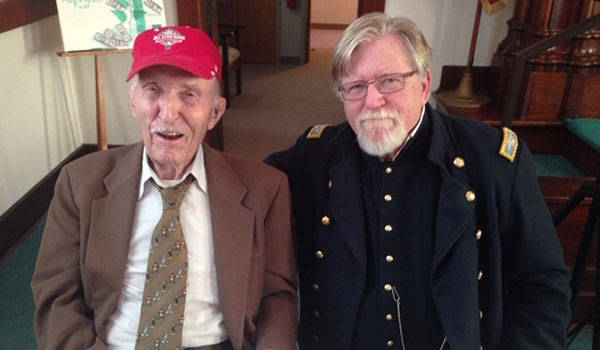 NILES — The Niles District Library will be taking a dive into history later this week.

Henry Morrow is well-known among Civil War and history buffs for his role with the famed Iron Brigade. Urschel will discuss the life of this local hero, including his pre-war career as a soldier, attorney and judge. Morrow served as Colonel of the 24th Michigan, organized at Detroit and mustered into service on Aug. 15, 1862.

In October 1862, the 24th Michigan joined the Iron Brigade. Named for their tough disposition, the Iron Brigade consisted of units from Wisconsin, Indiana and Michigan. They fought in several major battles during the war, including Antietam, Fredericksburg, Chancellorsville and Gettysburg. Urschel will discuss Morrow’s role as part of the 24th Michigan Infantry and the Iron Brigade, placing special emphasis the troop’s efforts during the Battle of Gettysburg July 1 to 3, 1863. Toward the end of the war, Morrow achieved the rank of Brigadier General.

Morrow was not a Niles native, but he married local resident Isabella Graves. His post-Civil War military career kept him traveling around the country, yet the couple made Niles their home for many years. Morrow died in Hot Springs, Arkansas in 1891 and was laid to rest at Niles’ Silverbrook Cemetery.

Presenter John Urschel has a bachelor’s degree in history and a master’s degree in public history from Wright State University in Fairborn, Ohio. He is the former records manager and archivist for South Bend and St. Joseph County, Indiana and retired records and Information manager for Kalamazoo, Michigan.