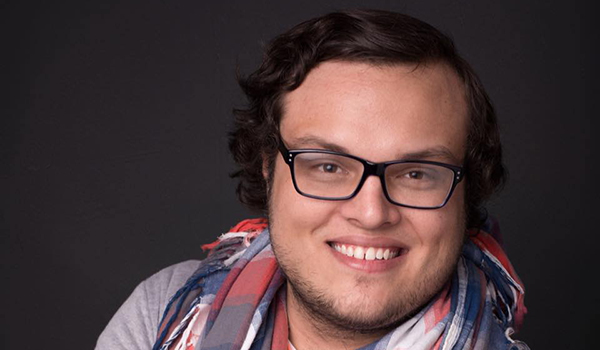 BENTON HARBOR — A Niles native will direct a play at the GhostLight theatre this weekend.

Directed by Niles native August Garritano, the company of the GhostLight Theatre is inviting the public to join them as they launch their final production “Urinetown: The Musical” at their new black box performance space at 101 Hinkley St. in the heart of the Benton Harbor Arts District. Directed Garritano with choreography by Liz Coulston, eight performances will take place, including four shows last weekend, as well as at 8 p.m. Aug. 29 to 31 and a final Sunday matinee at 2 p.m. Sept. 1.

A quick synopsis provided by GhostLight reads: “In a Gotham-like city, a terrible water shortage, caused by a 20-year drought, has led to a government-enforced ban on private toilets. The citizens must use public amenities, regulated by a single malevolent company that profits by charging admission for one of humanity’s most basic needs. Amid the people, a hero decides that he’s had enough and plans a revolution to lead them all to freedom.”

Inspired by the works of Bertolt Brecht and Kurt Weill, “Urinetown: The Musical” is an irreverently humorous satire in which no one is safe from scrutiny, according to GhostLight officials.

“Urinetown: The Musical” is one of three musicals sponsored in the “Schalon Summer Series,” including “The Bridges of Madison County” as well as “West Side Story” with the SMSO earlier this summer. In addition to the Schalon Foundation, The GhostLight season sponsors include Lake Michigan College, SLS Production Services, 98.3 The Coast, and show sponsors include the gold sponsorship of The Inn at Harbor Shores as well as Edgewater Bank at the bronze sponsor level.

“It’s been an amazing experience directing for The GhostLight’s inaugural season. This theatre is changing the game and I’m honored to do my part. This show is truly underated, plus the music is awesome, so you won’t want to miss this,” Garritano said.

DOWAGIAC — It was not the type of night one would want to send out a senior class that won... read more