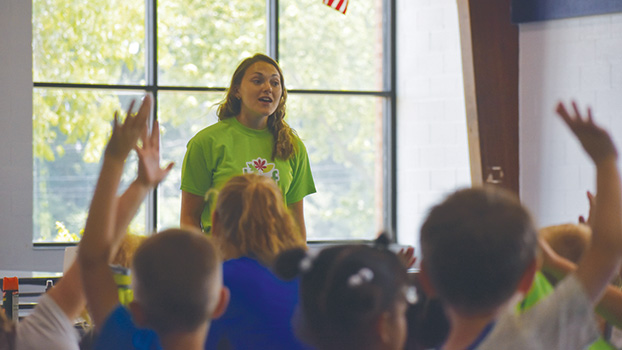 Cassidy Colbert, vice president of the Lyme Education Awareness Foundation, speaks to children at Summer My Way day camp in Niles about ways to keep ticks off themselves when outside. Berrien County had the second most cases of reported Lyme disease in the state in 2016. (Leader photo/BEAU BROCKETT JR.)

NILES — Melanie Kennedy’s son was healthy and active. Visits to physician’s offices were few. He hardly caught a cold or the flu.

Then, one after the other, came three emergency room visits. Her son, feverish, was in pain and struggled to move.

“He was walking like a 100-year-old man,” said Kennedy, a Niles resident. “He could barely get himself to the bathroom.”

Kennedy’s son had been bitten by a tick, which in turn infected him with the bacteria that causes Lyme disease, also known as Borrelia burgdorferi.

The disease typically causes fatigue and flu-like symptoms and can continue to cause those symptoms for a long time if untreated.

Kennedy’s son has healed since his fever began in late June, but the incident served as a Lyme disease wake-up call for Kennedy.

“I was familiar that it existed, but I just kind of thought it was one of those things you never actually encounter,” she said.

Kennedy’s son’s infection came at the height of tick season. The family also lives in Berrien County, which has the second-highest count of Lyme disease incidents of Michigan’s 83 counties reported in 2016. It also comes at a time when 37 of Michigan’s counties are at high risk for Lyme disease infections by ticks — the most in history — according to the Michigan Department of Health and Human Services.

The educational outreach of Lyme disease is at a high as well. Associations, foundations and government agencies are working to educate physicians, families and lawmakers about ticks and Lyme disease.

The question that Michigan faces is how to deliver that information and govern tick treatment.

In Ballard Elementary School’s lunchroom in Niles, Cassidy Colbert delivered that information by comparing ticks to a holiday’s aftermath.

“You don’t want to squeeze the tick by the belly,” she said to 50 kindergarten to third-grade students. “What happens after a Thanksgiving meal when you’ve had a ton to eat and someone comes up and squeezes you really tight on your tummy? You might throw up, and that’s a thing that can happen to the tick.”

Colbert is the vice president of the Lyme Education Awareness Foundation, or LEAF, a Maryland-based nonprofit that travels around the country informing children about ticks, Lyme disease and tick bite treatment.

The comparison Colbert made between ticks and Thanksgiving fullness last Tuesday is how she explains the proper way to remove a tick. Twisting or poking the tick with tweezers can cause the insect to release the Lyme disease-causing bacteria into its host.

“We like to call our kids our ambassadors. We tell them it’s now their job to go home and teach these things to their family members so they can go and protect themselves,” Colbert said.

Protection comes in the form of education, she said. Through LEAF’s presentations, children learn where ticks are typically found, how to check for ticks and what to do to proactively avoid being bitten.

The way children learn those facts varies, too. Younger children sing, dance and are read a book written by LEAF president Nancy Fox. Older children fill out a survey and discuss the issue with a more serious tone.

In the early 2000s, there were no ticks known to be infected with Borrelia burgdorferi in the Lower Peninsula.

The farm-friendly and watery conditions of Berrien County may make it more vulnerable to ticks than other counties. Ticks thrive in fields, near forests and near shorelines.

Researchers and MDHHS are unsure as to what caused the uptick in bacteria-infected tick populations, but infected bird migrations and climate change are contenders, as reported by Bridge Magazine.

Ticks have 2 to 3-year lifecycles, too, which means factors like rainfall, humidity and temperature can cause tick populations to fluctuate every year, said MDHHS public information officer Lynn Sutfin. That is why MDHHS tracks tick populations each year.

Lyme disease cases in Berrien County are higher than in most other counties, but Sutfin said that could be because blacklegged ticks, which can carry the bacteria causing Lyme, have been present in the county before other Lower Peninsula counties.

Over the past five years, the number of Lyme disease cases has remained fairly steady, ranging between 16 and 26 cases.

Given Berrien’s grounded history in tick population, Sutfin said MDHHS believes what appears to be an increase in blacklegged tick populations is likely to affect other counties that are currently affected little.

“We do believe that there has been a true increase in the geographic range of blacklegged ticks,” she wrote in an email. “The reason we think that is because there are locations that we and our MSU colleagues have been dragging (to look for ticks) each year for a long time, and have only recently started to find blacklegged ticks.

Increased awareness in Lyme disease and ticks could also be a cause for increased Lyme cases. MDHHS, LEAF and other organizations have launched campaigns to inform families and physicians about tick prevention and treatment.

“People don’t really understand the seriousness of it,” Colbert said. “That’s kind of why I’m there. I went through a bout of paralysis because of Lyme disease. I was paralyzed for a few months. I got periodic paralysis.”

The LEAF vice president was infected about seven years ago when she was 14. She said her story allows her to connect well with the children she serves.

Colbert now has several co-infections, causing a multitude of symptoms that can sometimes hinder her everyday activities.

She said that ticks can carry over 300 diseases from bacteria. Alphagal Syndrome is remembered particularly by the children she teaches, she said. It causes an allergic reaction to red meat.

“Before I got sick with Lyme, I had heard of Lyme disease, and I just thought it was a quick, easy fix and you were fine, but I was very, very wrong, and I think that’s what a lot of people don’t understand,” Colbert said.

Kennedy, though, whose son had Lyme disease, had a different perspective. She and many other researchers have found that Lyme disease does not always cause chronic issues if treated correctly and in a timely fashion.

“The treatment is pretty simple, just an antibiotic,” Kennedy said. “It’s the finding out that it’s Lyme disease and the amount of time the test takes [that is not].”

Kennedy’s son was healthy again after a 14-day antibiotic prescription, she said, but the time it took to get that prescription took longer than she preferred.

The U.S. Centers for Disease and Prevention have a two-step guideline to confirm whether a patient is infected. A patient must pass both tests, and it took Kennedy about 10 days to find out her son’s results. That was after the third visit to an emergency room. Before, she said, physicians wanted to rule out other symptoms first, giving her son alternative treatments like IV fluid and a steroid.

It was not until doctors noticed that her son’s liver and spleen were enlarged, a sign of Lyme disease, that a Lyme disease test began.

It may not have helped that her son was one of those infected who never got the telltale bullseye rash that ticks sometimes leave behind.

“Be proactive,” she said. “You have to kind of insist on things to be tested. They didn’t want him to be tested.”

Now, lawmakers in Michigan are considering whether to approve a package of house bills meant to loosen testing restrictions for physicians and patients.

Some of those who have been affected by Lyme disease are encouraging the state House to pass it, seeing it as a chance to allow more infected individuals to receive treatment quicker, minimizing a tick bite’s potential long-term impacts, as reported by Bridge Magazine.

Others, like healthcare organizations and the Michigan Lyme Disease Association, are against the bill. They say that it jeopardizes the patient’s autonomy and puts them at risk for treatments not adequately tested.

The package of bills has not yet been voted on.

In the meantime, Lyme disease education organizations and initiatives are continuing to inform the public about tick bite prevention.

One of the most effective ways, LEAF’s Colbert said, was to send in ticks to the MDHHS to be tested. These allow researchers to better understand the scope of infected ticks, what they carry and how to prevent their bacteria’s spread. 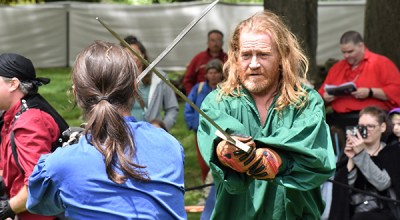 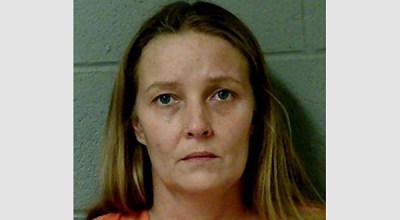