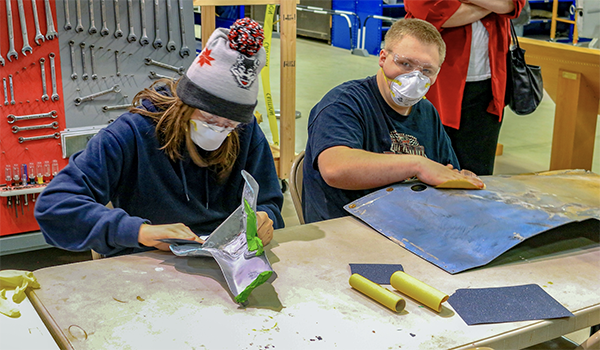 Their adventure was possible because of the combined efforts of Taras Lyssenko, the Air Zoo and Ross Beatty Jr./Sr. High School. Lyssenko is a Cassopolis resident and founder of A and T Recovery, a company that works to recover lost aircraft and water vessels from the 19th Century and beyond.

Working alongside volunteer veterans, students worked on restoring an actual aircraft that, when finished, is expected to be relocated to Pearl Harbor, Hawaii. Their names will be added to the official list of persons that have worked on the project.

The students were able to dive right into the actual hands-on restoration of this once lost aircraft, Doll said.

“They were surprised when they got there that  they were able to be so hands-on. Some of them sanded part of the aircraft, another student worked on pounding out some dents, another student was welding a project,” Doll said.

Ross Beatty is a project-based learning school, which made this opportunity a perfect fit for their students, according to principal Robin Hadrick.

“We are a small school with big opportunities, but because of our size, sometimes our students often feel overlooked. This was a great science, technology and historical experience for all that attended,” Hadrick said.

One of the students, Doll said, had never seen a plane up close, and she was worried that this project might overwhelm the young learners, because of the tedious work involved.

“They loved it. Though it was different for them, it was good to be a part of something bigger,” she said. “I really think it opened up their minds to what other jobs and opportunities are out there for them, as well.”

The students were not the only participants that walked away with something from this experience. Doll said it was easy to see the appreciation from the veteran volunteers.

“For them, it was a different generation being so helpful and interested in what they’re doing,” she said. “It’s important to bridge that gap between generations, to compare ideas and move things forward.

Ross Beatty students were the first in the area to take part in this once-in-a-lifetime experience, said Doll, though students from around the state and as far as Chicago Public Schools have participated. 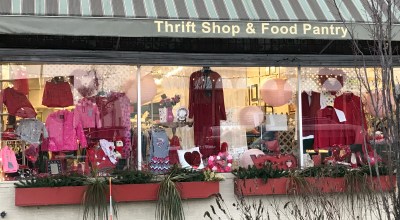