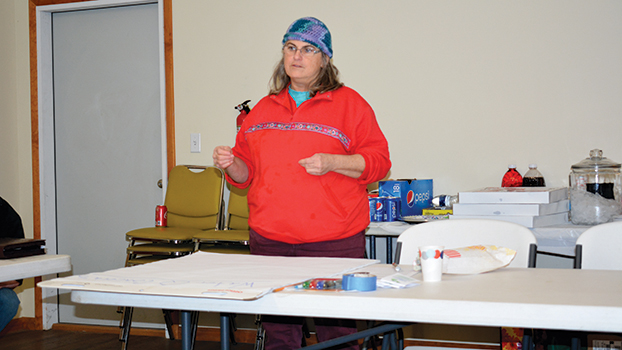 “I’m ready to get this started,” she said. “We need to do something to protect our lakes and streams.”

Monday, the Cass County Conservation District hosted its first meeting of its new Water Quality Taskforce. The meeting, which was hosted at the Dr. T.K. Lawless Park Building in Vandalia, invited concerned residents in Cass County to partake in the forming of the taskforce.

The overall mission of the taskforce is to determine the current state of the water in Cass County, prioritize what issues the Cass County Conservation District would address and gather volunteers and help to guide the district toward grants to support future programming efforts and technicians, according to Blyveis.

“We cannot do too much yet,” Blyveis said. “But that doesn’t mean we can’t get started.”

During Monday’s meeting, roughly 20 community members met together to learn more about the taskforce and identify issues they see with the county’s water quality. Several issues were identified, with some of the primary problems being storm water run-off, invasive species, a need for water testing and a need to educate citizens about how to identify and treat water quality issues.

Blyveis said she was encouraged by the response at Monday’s meeting, saying that the amount of interest received bodes well for the future of the taskforce.

“I can feel the swell of activities that are going to start happening,” she said. “We had a lot of ideas about ways we can start doing activities without grant funding.”

The taskforce will next meet at 6 p.m. March 11 at the Dr. T.K. Lawless Park Building, 15122 Monkey St., Vandalia. Until then, Blyveis said that she would compile a list of resources and concerns discussed at Monday’s meeting and be in communication with attendants over email. She said she would also conduct an email survey to help prioritize the needs of the taskforce.

“There is a lot of energy and commitment in the community and people who are interested in seeing something move forward,” Blyveis said.