In days, subzero temperatures will soar to nearly 50 degrees 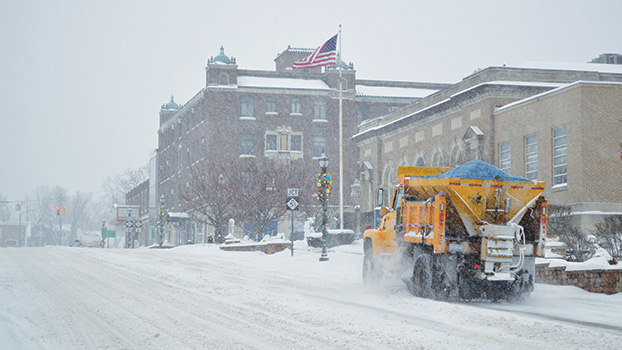 However, just as residents begin adjusting to the frigid weather, warmer air from the south is forecast to push in, bringing daily-record highs for parts of southwest Michigan at the beginning of next week.

Meteorologist Mark Steinwedel, with the National Weather Service of Northern Indiana, reported that Niles temperatures Wednesday broke a daily-record low for Jan. 30. According to Steinwedel, temperatures dipped to -13 in Niles, marking it as the fourth coldest day on record. The last record-breaking cold was reported to be -15 on Jan. 28, 2014. Steinwedel said he expects that Niles likely had colder days, but that data going back to 1945 is not consistent.

One mile west of Dowagiac, the recorded temperature low was -14 Wednesday. This did not break any records, Steinwedel said. The coldest day on record near Dowagiac was reported to be -23 on Feb. 7, 1978. Data includes records that go back to 1953.

Over the state line in Indiana, South Bend temperatures dropped to -20 Wednesday, which marked another daily record for Jan. 30. This is the third coldest day for South Bend on record.

Michigan Gov. Gretchen Whitmer declared a state of emergency earlier this week in response to the deep freeze. Across southwest Michigan, municipal leaders and police advised residents to stay indoors and keep off the roads. Many offices and businesses shuttered their doors or closed early Monday to Thursday. Several local businesses, including Michiana Heating & Air Conditioning, UltraCamp and the Niles Salvation Army,  opened their doors to serve as temporary warming stations in Niles.

Warm weather to seep in

While the southwest Michigan area saw snow and cold throughout most of the week, Dodson said warmer air would soon arrive.

“The system that brought us the first snow batch pulled down some of that arctic air — it is just chilling over us right now — no pun intended,” Dodson said. “As this next system approaches us, it is going to force the air mass out and bring in some of the warmer air from the south.”

The all-time high for Niles in February was 65 degrees on Feb. 20, 2018. During this time, residents across southwest Michigan saw flooding and the St. Joseph River rose to historic levels.

Both Dodson and Steinwedel said flooding is not an immediate threat yet and that meteorologists will continue monitoring conditions.

“Right now, [flooding] is a concern in the back of our minds,” Dodson said. “Because we will get a little more snow. If we get a lot of snow and it melts really quick and if the ground is frozen it could cause increased runoff and ponding around the area.”

Ice jams breaking up on local rivers, resulting in higher water flow is another concern that meteorologists will be analyzing as temperatures climb.

While Steinwedel said temperature fluctuation in the next couple of days is considered “an extreme turnaround” he said rainfall is a big factor in whether or not there will be flooding.

“Last year was really an extreme rain event, we got 5 to 7 inches of rain and we are not really seeing anything like that showing up,” Steinwedel said. “But it will be something to monitor.”

Residents can look for updated weather information at weather.gov.