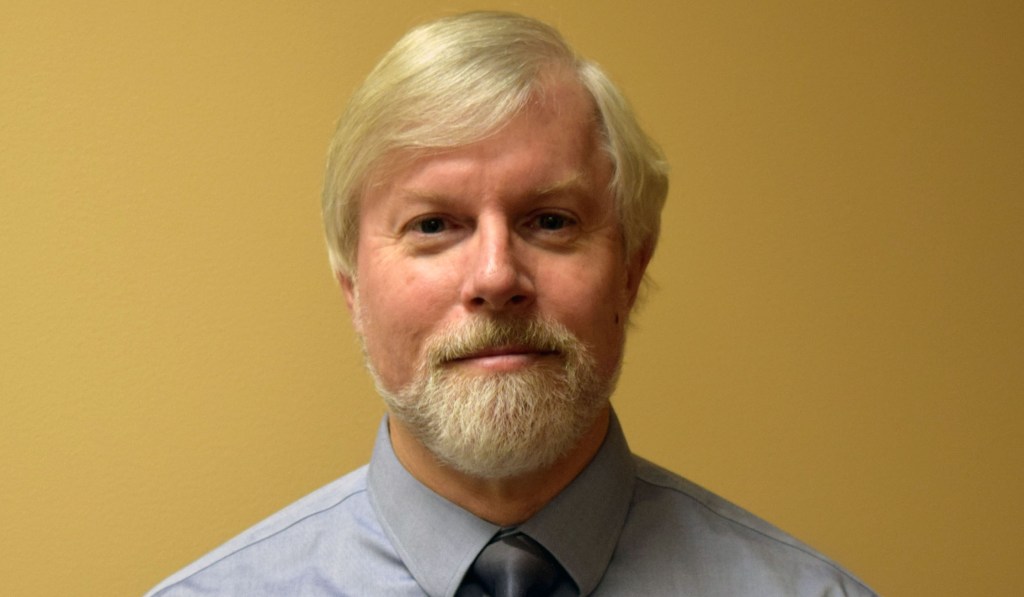 “It has been a pleasure and an honor to serve as Director of Bands at SMC these 28 years,” Korzun said. “To quote my colleague Bill Rothwell, SMC is a great place to work if you like to teach.”

Korzun, who turns 61 in February, decided to hang up his baton early to spend more time with his wife, Donna, as the Galien native and former occupational therapist battles Parkinson’s disease diagnosed in 2013.

“The sole reason I’m leaving is my wife needs me,” Korzun said. “Parkinson’s can progress or plateau. It manifests itself individually as a collection of symptoms.”

While he cannot hazard a guess how many students he guided through Symphonic Band and Jazz Ensemble, some musicians regard Korzun as their “second dad,” treasuring “Doc’s life advice.” He was especially touched when two trombone players asked him to conduct their Feb. 18, 2017, wedding.

“I was the most nervous I’ve been in my life,” admitted Korzun, ordained through American Marriage Ministries to officiate the vows of Race and Megan (Kee) Werk of Fort Wayne, Indiana.

“Of all the things he’s accomplished, marrying us had to have been a piece of cake,” Meg said. “When I first came to SMC (from Constantine), I had low self-esteem about my playing. When I started jazz band, which my high school never had, he put me into first chair, then started handing me solos. The fact he believed in me that much showed a lot. I started getting more confident in my playing and in my social life. He was always there for us band kids and our problems. He never once yelled at us for being ourselves or overstaying our visit in the band room. If it weren’t for him, I wouldn’t have had the courage to talk to Race.”

For their wedding at the Potawatomi Conservatory in South Bend, “I wanted someone who saw our relationship from the very beginning. Doc means a lot to us. I always loved how he spoke at concerts with ease and made jokes. I wanted someone who had that laid-back sense. He is someone I could feel comfortable with up there. What better person, since it all started in his class?

“Asking him was probably one of the most nerve-wracking things we had to do. I was so anxious he would say no because I just couldn’t see the wedding any other way. I finally was able to ask him, albeit at another SMC alumnus’ wedding. I wanted it to be in person so he could see I was serious, since I joke around all the time.”

The Korzuns, of Dowagiac, also met through music. The trombonist started SMC’s community Brass Band in January 1992, around the same time the Bridgman clarinetist was instrumental in forming Berrien County’s Southshore Concert Band. They married in Louisville on July 5, 1996. Five children and six grandchildren live from Traverse City to Oklahoma City.

Korzun earned bachelor’s and master’s degrees from Rutgers University and his Ed.D. in music education from the University of Illinois at Urbana-Champaign.

Prior to arriving at SMC, Korzun served as Associate Director of Bands at Rutgers University and Instructor of Conducting at the University of Illinois.

SMC is a public, residential and commuter community college founded in 1964. The college is accredited by The Higher Learning Commission of the North Central Association of Colleges and Schools and is a member of the American Association of Community Colleges.