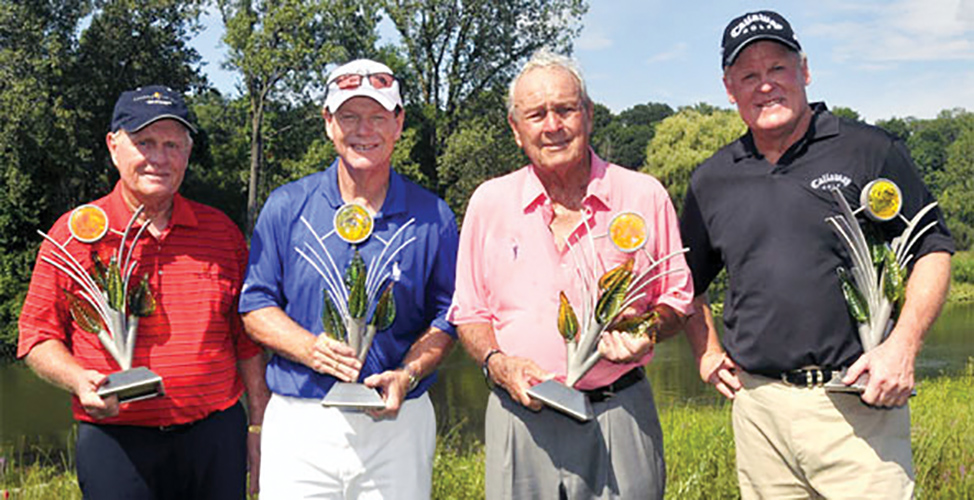 The GAM 100 CELEBRATION on Monday, June 17, will include golf on the famed South Course, with proceeds benefitting the GAM Foundation, including its efforts to grow the game through its Youth on Course initiative.

Nicklaus will take part in a special program and celebration dinner, as well as a VIP meet-and-greet session. Opportunities and donation levels to take part in the celebration events, including golf, will be announced soon.

The Monday of the GAM 100 CELEBRATION is also the final practice day for the 108th Michigan Amateur Championship that Oakland Hills is hosting across the street on the North Course over the following five days.

The celebration is one of the highlights that will mark the GAM’s centennial this summer. A special centennial Annual Meeting in April is planned, and a new executive director will also be named this year.

“Jack Nicklaus is the greatest golfer of all-time and it will be great to have him back at Oakland Hills,” said David Graham, who will retire in June as the longest tenured executive director of the GAM with 18 years of service.

“It’s a special spot for him. His history of championship golf is unparalleled, and then you must add to that what he has contributed to the game as a golf course designer, businessman, brand, and philanthropist. He has three great golf courses he designed in Michigan—TPC of Michigan, Harbor Shores in Benton Harbor and The Bear at Grand Traverse Resort—and he has epitomized a level of excellence for me and many of Michigan’s golfers over the years.”

On April 22 at Detroit Golf Club — one of the GAM’s original 14-member clubs and the site of the PGA TOUR’s return to Michigan for the 2019 Rocket Mortgage Classic — the GAM will present its Annual Meeting of Club Delegates.

Mark Reinemann, USGA Executive Committee member and Chairman of the 2018 Rules of Golf Committee, will be the guest speaker, and both classic Donald Ross courses at DGC will be available for golf that day. Special pricing to encourage broad participation is being determined, and invitations will go out soon. As always, the meeting will feature the presentation of annual awards, including the Distinguished Service Award and Player of the Year honors, a series of meetings and workshops for delegates.