Edwardsburg — Edwardsburg Public Schools’ Hall of Fame is accepting nominations for the 2019-2020 school year.  Applications are available by contacting Cheryl Steele at (269) 663-1053, or on the district website at edwardsburgpublicschools.org. The application deadline is March 29 with selection occurring at a later date.  Newly elected members to the Hall of Fame will be announced at the Homecoming football game, and inductions will be hosted in April 2020.

The criteria for nominating a candidate (living or deceased) for this honor is broken down into four categories:

• Student activities award: An Edwardsburg Public Schools graduate who performed with excellence in academics and/or co-curricular activities and has been out of school for at least 10 years.

• Former staff member: A nominee who has left employment with Edwardsburg Public Schools for at least two years and who has distinguished his/herself by demonstrating exceptional leadership, character and achievement.

• Lifetime award: Alumni of Edwardsburg Public Schools who have been out of school for at least 40 years and whose lives have demonstrated character and distinction reflecting honorably upon the district and its heritage.

• Special award: Alumni, faculty, staff or friends of Edwardsburg Public Schools whose actions and/or achievements may not be categorized in any of the above, but are deserving of such recognition and honor. These awards may be made for humanitarian actions, special contributions or other causes as may be determined by the nominating committee and approved by the selection committee. 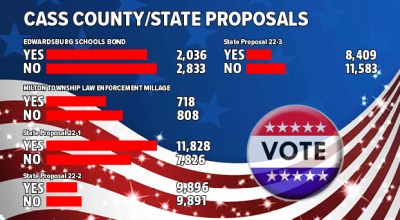