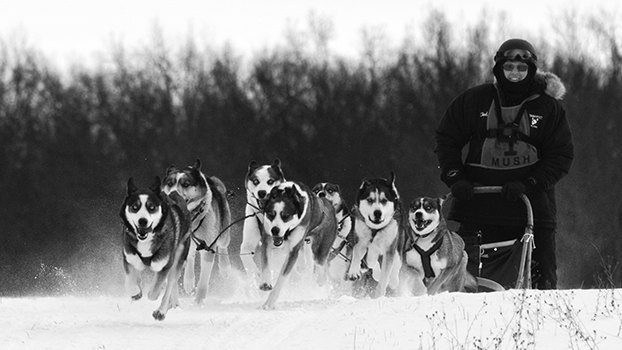 DOWAGIAC — Mid-Union Sled Haulers, known best for its promotion of sled dog racing as a fun, family activity, will be among the featured attractions of Dowagiac’s Ice Time Festival on Saturday, Feb. 2.

Kris Soenen, festival chairman, said she is thrilled to bring this event back to Dowagiac, where most residents in southwestern Michigan have not experienced this winter sport.

“Mushing and sled hauling is a winter activity that is alive and well in Michigan, in both the upper and lower peninsulas, and locally at Fort Custer State Recreational Area, located between Kalamazoo and Battle Creek,” she said.

Mid-Union Sled Haulers, also known as MUSH, is a nonprofit organization, dedicated to dog sledding on an amateur basis.  A meet and greet, featuring Paw Paw resident Jan Bloom and his four sled dogs, will be held from 10 to 3 p.m. on Beeson Street, where families can get a first-hand look at the dogs and equipment used for sled dog hauling.

Sled dog racing is one of North America’s oldest winter sports.  Mid-Union Sled Haulers hosts races and training sessions in various locations throughout Michigan. In September, the organization starts training for race season, which gets underway in January. Members of the group find the cooler temperatures in fall provide an ideal time to optimize the dog’s physical condition, as they also build on team commands.

Experts say the dogs of today’s racing teams are athletes, which share an incredible bond with their driver. Arctic breeds, such as Alaskan Malamutes, Samoyeds and Siberian Huskies are frequently used in sled dog racing.  Other breeds and crossbreeds are common, such as the Alaskan Husky and the Euro hound, which is a mix of a German short-haired Pointer, English Pointer and Greyhound.

Most dogs range in size from 40 to 60 pounds and are kept at an optimal, healthy weight.  Bloom and others like him favor even-tempered animals that are gentle and able to stand the pressure of rigorous training.

For a full schedule of events, visit DowagiacChamber.com or the Chamber on Facebook.