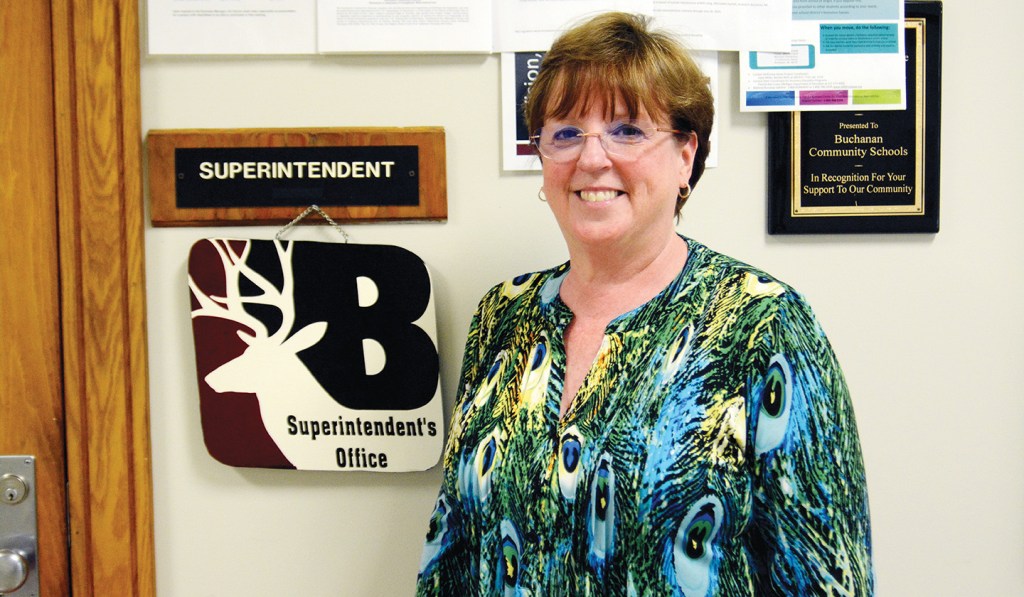 Andrea van der Laan poses in front of a Bucks logo at Buchanan High School before retiring from the district in 2017. (Leader file photo photo/KELSEY HAMMON)

Dowagiac Union Schools announced Friday that Andrea van der Laan will serve as principal at the elementary school until the end of the school year.

Van der Laan retired as superintendent of Buchanan Community Schools in August 2017 after seven years in the position. Before coming to southwest Michigan, she served as an elementary school principal at Huntington Elementary in Wyoming, Michigan. At the time of her retirement, van der Laan told Leader Publications that she intended to work part-time as a mentor for principals.

District officials say van der Laan has a strong passion for children and helping them achieve their goals.

Van der Laan succeeds Heather Nash, who passed away Dec. 27 after complications during a routine knee surgery. Nash spent her entire education career in the Dowagiac school district, beginning as a music teacher, then serving as a kindergarten teacher, and then spent 11 years as principal at Patrick Hamilton.

Van der Laan visited Pat Ham Friday, and will begin work with the school on Tuesday.