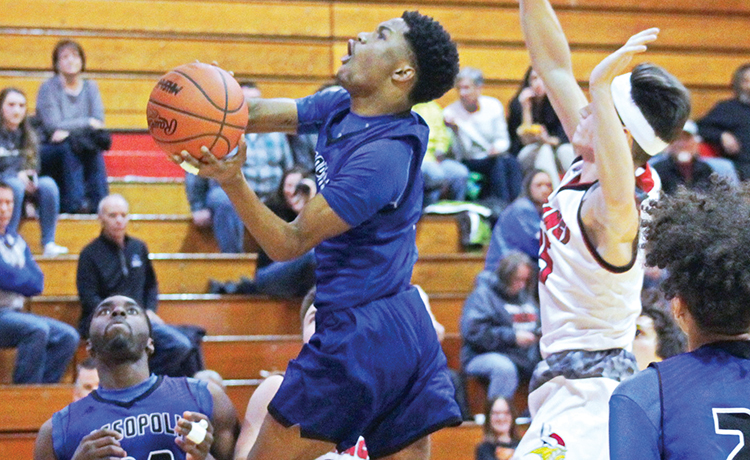 Hunt-Thompson joined the exclusive club in the Rangers’ 60-53 win over Bridgman last Saturday.

Hunt-Thompson had 17 points against the Bees to raise his career total to 1,008.

“It was a good win,” said Cassopolis coach Ricky Evans. “Some of our players have to pick it up on the defensive end. It is not all about scoring. We have a lot of talent on this team. Egos have to go. It is about this team.”

He also scored 12 points against Centreville in Cassopolis’ 76-46 rout of the Bulldogs Tuesday night in Southwest 10 Conference play.

The win raised the Rangers’ season record to 10-1 and its league mark to 8-1.

Cassopolis scored 20 points in the first and second quarter to open up a 40-13 halftime advantage on Centreville.

The Rangers led 61-25 heading into the final quarter.

“I thought we finally played a complete game from start to finish,” Evans said. “Both sides of the ball.”

Against Bridgman, Saxton led the Rangers with 18 points. Cerious Wilson and Darrion Gatson both finished with 10 points.

Hunt-Thompson scored a game-high 21 points, while Gatson had 16, Saxton 11 and Jennings 10.