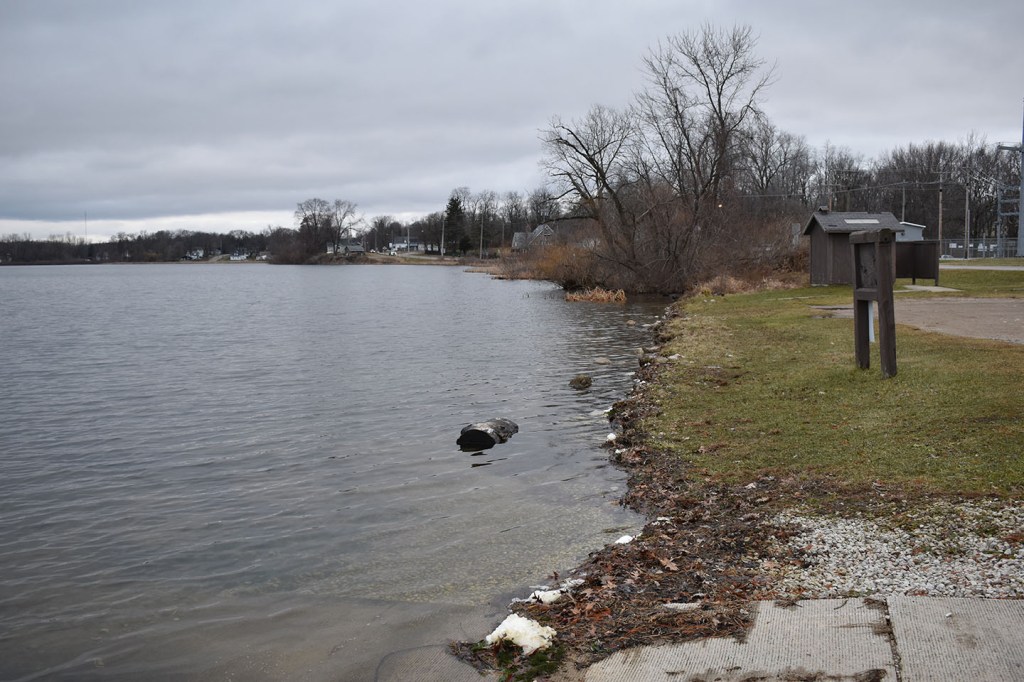 CASSOPOLIS — As many Midwesterners and Michiganders can tell, this winter is not turning out to be the winter land whiteout one expects from a January near Lake Michigan.

For residents along Michiana, the lack of snow may have been a bummer during the Christmas season, but in Cassopolis the warm weather is expected to interrupt plans for the village’s primary winter event.

Last year, the Cassopolis Main Street Committee reintroduced the Stone Lake (ice) Fishing Bowl, an ice fishing competition on Stone Lake to reel in the longest fish in one of three categories of bluegill, perch or crappie for cash prizes. The turnout was good for the first year of reintroduction, according to Main Street president Ben Anderson and Main Street member Rick Drews. About 65 people came out to the frozen lake for the friendly competition.

2017, however, was supposed to be the first year of reintroducing the event, but due to lack of substantial ice, the event was cancelled. Anderson and Drews expect a similar outcome for the Saturday, Jan. 26, 2019.

“You need the nights to be in the teens and the days to not get out of the 20s. I don’t see that happening, as far as the avenues I’ve checked. At this point, if I had to guess, we’re going to have to go with that postpone date,” Drews said.

The event organizers are not overly optimistic for better weather by the secondary date of Saturday, Feb. 9. With only a little over two weeks left until the initial Jan. 26 date and abnormally warm weather, Drews and Anderson are not expecting a dramatic change.

“We’re going to go to Feb. 9, and if we still don’t have ice we’ll cancel. We’re not going to drag this thing out until March. We have a small window to begin with,” Anderson said.

Pushing the date to Feb. 9 is not official, but Drews expects a final decision by Monday, Jan. 14.

Even with the looming likelihood of ice fishing unfriendly weather, Drews and Anderson see the value and potential of the Fish Bowl. The decision to bring back the event came as a result of the Main Street committee’s efforts to draw more attention and activity to Cassopolis’ downtown, according to Anderson.

“I think it’s good to utilize one of our greatest natural resources. (Stone Lake) is right in our downtown. We need to utilize that,” Anderson said.

“It’s an opportunity to create business in town. We had a number of people who came in from out of town. TNT Jigs has a lot of ties to people around Michigan. They bring in quite a few people from places north of Grand Rapids. It’s a good way to showcase the community and showcase our lake,” Drews said.

The community participation and comradery are the most valued components of the event, however. Drews and Anderson noted the businesses, TNT Jigs, that sponsored the event, as well as the fun the 2018 participants had at the Bowl.

“We got really positive feedback from people last year,” Anderson said. “There was good comradery and friendly competition, and (participants) were all happy to see each other.”

In the event of no ice for either of the January or February dates, the Fishing Bowl will be cancelled altogether to, ideally, be picked up again in 2020. Refunds for pre-registered participants will also be dispersed.