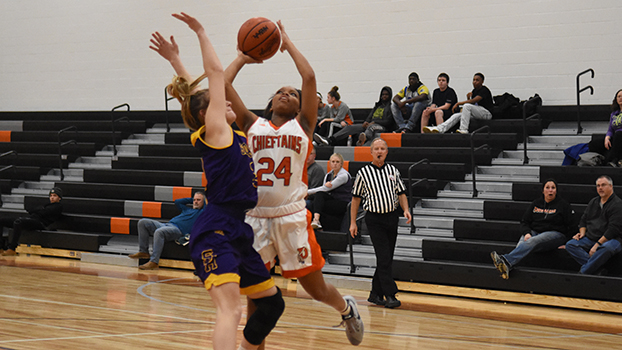 DOWAGIAC — Host Dowagiac was unable to shake off the rust from its holiday break quick enough in a 45-38 loss to South Haven in non-divisional Wolverine Conference girls basketball Tuesday night.

The Rams (4-4) jumped out to an 11-6 first quarter lead and built up a 19-point advantage before the Chieftains (2-5) mounted a comeback in the second half.

By the end of the third quarter, the Chieftains had cut the Rams’ advantage to 34-26.

The comeback continued into the final quarter.

Dowagiac finally caught South Haven with 3:31 remaining in the contest as Kellyn Daly hit a 3-pointer to give the Chieftains a 35-34 lead.

The Rams used a time out to regroup and force four consecutive turnovers, and used an offensive rebound basket, to turn one one-point deficit into an eight-point advantage.

Dowagiac would not score again until Daly hit a 3-pointer at the buzzer.

The Chieftains return to action Friday night as it hosts Vicksburg for a Wolverine Conference South Division doubleheader.

The Chieftain boys team did not play against South Haven Tuesday night as scheduled. The Rams forfeited their game with Dowagiac following an incident involving Paw Paw before Christmas. 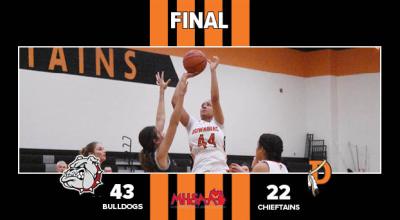