Recent study shows aging population could be at risk 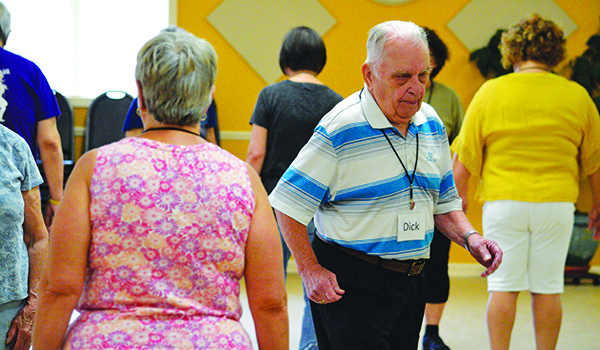 SOUTHWEST MICHIGAN — Retirement is expected to be an idyllic time where those who have worked hard get a chance to relax, focus on their families and kick back.

According to recent data, though, retirement could be inducing a little more stress for seniors and their communities alike. Kinexus, a Dowagiac-based economy and workforce entity, revealed that Niles and Cass County possess a high retirement risk, due to a larger number of retirees than average for a community of its size.

The data was produced by Economic Modeling Specialists, Inc. using sources like the U.S. Census Bureau, the Bureau of Labor Statistics, the National Center for Education Statistics, and the Bureau for Economic Analysis.

For communities like Niles, there are many ways that retirement risk can have an impact on the city and the seniors within them.

There were a few immediate impacts that she pinpointed as impacts of this trend. From an economic perspective, McNitt said a community like Niles is likely to see seniors stepping up to fill employment gaps in part-time service jobs, like store greeters or attendants. Some will need these jobs to supplement social security income, while others will be looking for ways to remain active.

Consequently, the trend will also demand more certified nursing assistants and home health care aids. While this could generate jobs, McNitt said it could be challenging to find enough people to fill the roles.

“Unfortunately, that sector is like daycare providers and the work they do is incredibly important, but is underpaid for the work that they do,” McNitt said.

McNitt said an allure to the Berrien County area makes it an attractive place to retire.

“One of the reasons that you see those numbers is that Berrien County is kind of an interesting area for people moving out of the urban area of Chicago and South Bend to move north and have affordable retirement housing,” McNitt said. “You also have young people leaving for employment, so you get two dimensions.”

While the Baby Boomer generation, people born from 1946 to 1964, are living longer, McNitt said. McNitt said social scientists expect this have an impact on social security.

“In 2030, there is going to be a shift and young people today. The millennials, will not be able to reach full retirement, until probably well in their 70s,” she said.

As the Baby Boomer generation begins to retire, McNitt said it is essential that communities and the federal government invest in programs that can help to keep them engaged and independent by allowing them to “age in place.”

“The biggest thing is having a variety of services to keep people socially engaged and so they can also have a clearinghouse for jobs, like Michigan Works, so those that want jobs can easily enter the workforce,” McNitt said.

Programs that help to bridge the generation gap, like grandparents visiting elementary schools, will be dually important, McNitt said.

She also cited a necessity for programs that can provide care for seniors with Alzheimer’s and dementia.

Though southwest Michigan does have programs and senior centers to care for seniors, such as the Cass County Council on Aging and the Buchanan Area Senior Center, McNitt said she would like to see more programs available.

If cities do not have these resources available, McNitt said it could put stress not only on seniors but on the families responsible for their care.

“The potential for elder abuse could go up because families are going to feel burdened if they can’t get the resources they need,” McNitt said. “And I think it’s just a human rights issue. People have the right to be supported in their own community. If we expect a decent school and decent futures, why shouldn’t we expect for our aging people to have decent care?”

McNitt emphasized that retirees are an essential part of the communities where they live.  She said a number of those who retire give back to their cities in the form of volunteering and political organizations.

The lessons they share with the younger generation are timeless, she said.

“The storytelling that they pass to young people can provide them with the continuity of their culture,” McNitt said.