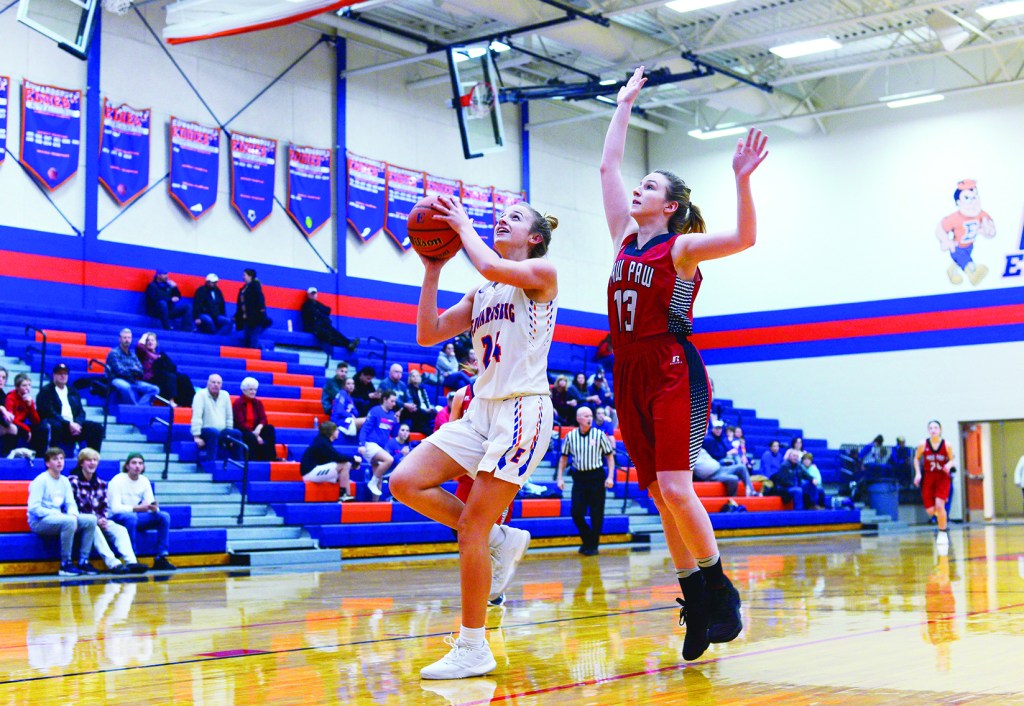 EDWARDSBURG — The Edwardsburg girls basketball team is off to an undefeated start this season. On Tuesday, the Eddies hosted their home opener against Paw Paw, crushing the Redskins 65-15, to improve to 3-0.

Although Edwardsburg still has a lot to figure out this early in the season, one thing they are living up to so far is their motto: “Together, All Heart.”

“We have a completely different group this year, so we are still trying to figure out where everyone is going to fit and how to maximize everyone’s abilities within our system of play,” said fifth year Eddies head coach Jon Pobuda.

Zarycki led her team against Paw Paw with 23 points, all which came in the first half of play. Krugh and Kaitlynn Allen both contributed 10 each.

Between Edwardsburg’s full court press and the experience of the returning players, Paw Paw had no chance of ever coming close to the Eddies. For most of the second quarter and second half, Edwardsburg’s bench saw ample playing time, something that will become beneficial as the season rolls on.

Pobuda said he feels his team is very capable of winning the Wolverine conference, districts and winning its first ever regional title.

“But we have to continue to improve and not be satisfied with what we have been able to accomplish to this point. The question is, can we make the tree grow on top of the mountain?”

Edwardsburg improved to 5-0 along the way and 1-0 in division action.

Against Three Rivers, Zarycki poured in a game-high 18 points, while Claire Bartz chipped in with 14 points and Abbey Krugh 13 points.

In the win against the Wildcats, Zarycki scored a game-high 23 points and Krugh added 15 points.

The Eddies travels to Dowagiac for a South Division clash tonight.

The Eddies have dropped two of their last three games.

In the loss to the Wildcats, Tre Harvey, Conner Nelson and Chase Sager all finished with eight points.

The Eddies are at Dowagiac for a South Division contest tonight.