Eddies rally for win over Dowagiac 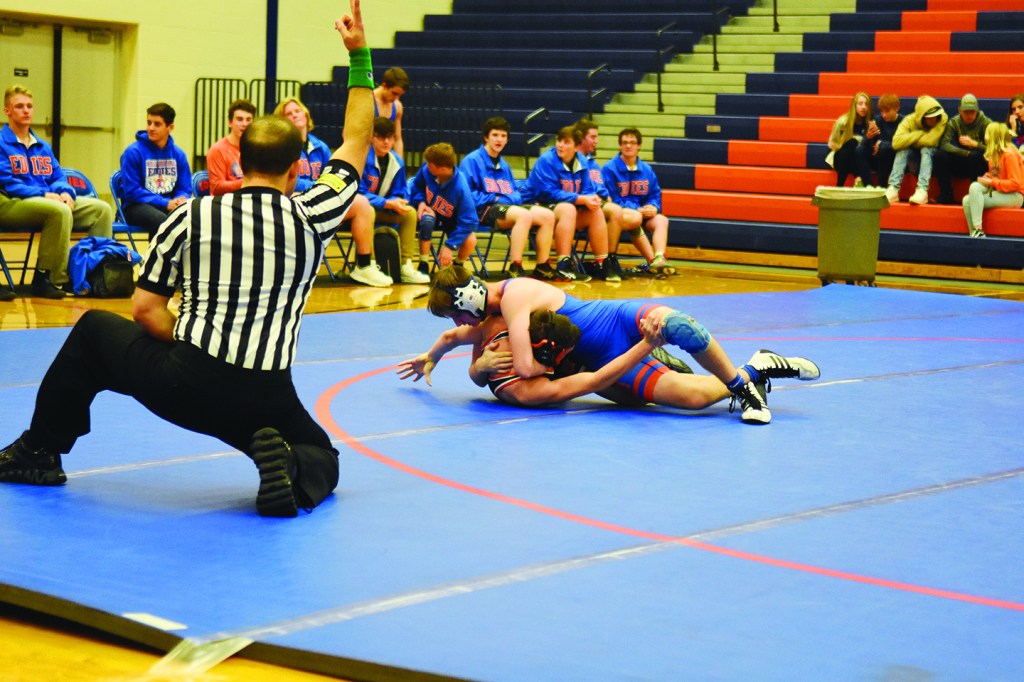 EDWARDSBURG — Experience down the stretch proved to be the difference between Dowagiac and host Edwardsburg in their Wolverine Conference match Dec. 12.

The Chieftains led 30-22 with three bouts remaining after Korey Kinyon of Dowagiac pinned the Eddies’ Kaden Parson in 3:34 at 125 pounds.

Edwardsburg, the defending conference champion, won the final three bouts to pull out the 36-30 victory over the Chieftains in an early test for both teams.

Jackson Hoover completed the comeback with a technical fall (19-3) over Seth Ward at 140 pounds.

The Tinkham pin was the only one of the night for Edwardsburg, which recorded two technical falls and a pair of major decisions. Jacob Reece opened the match for Edwardsburg by receiving a pin.

“They (Dowagiac) are tough,” said Edwardsburg coach Jesse Becraft. “They do not give up pins or bonus points very often. They are a well-coached team. Where are our older kids are, they just went out got the job done. They knew what they needed to do win the match.”

Edwardsburg remains behind most of the schools in the area with conditioning and mat time due to its football team winning the state championship on Nov. 23.

Becraft would hear nothing of it.

“Football puts us way behind, but that is not an excuse,” he said. “We just have to be better than that.”

Dowagiac coach Colin Burandt was pleased with his team’s effort.

“We competed and that is all we can ask for,” he said. “We have three guys out that could have been in the line-up, but those are the cards we are dealt so we have to go out and compete. I think we did a really good job of that. A couple of matches go the other way and it is a different ending to the night.”

Burandt was happy with his underclassmen, who continue to show improvement.

“The freshmen and sophomores wrestled absolutely awesome,” Burandt said. “Our juniors and seniors wrestled like they should have.” 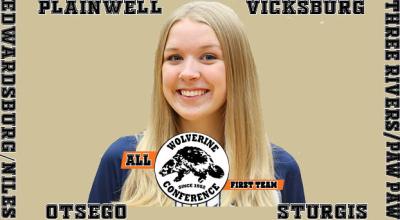