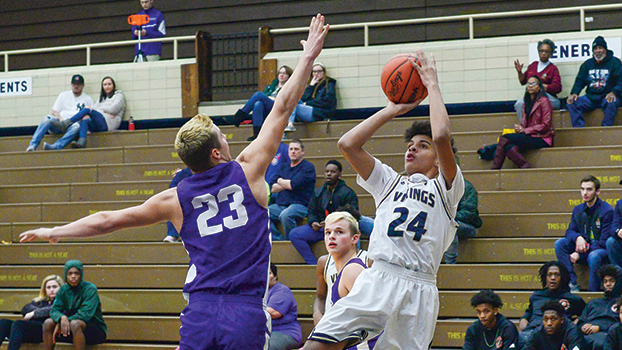 The Vikings led 17-16 at the intermission as both teams struggled to find the basket.

The Knights outscored Niles 21-13 in the pivotal third quarter to open up a 37-30 lead heading into the final eight minutes of play.

The Vikings (2-3) were unable to overcome the deficit.

“Loy Norrix’s length and pressure really bothered us tonight,” said Niles coach Tyler Dendy. “They did a great job of forcing us into traps and rotating into passing lanes which caused a lot of turnovers and transition points for them. We will learn from this and look to rebound Friday night at Portage Central.”

The Vikings would up their advantage to 39-27 heading into the final quarter.