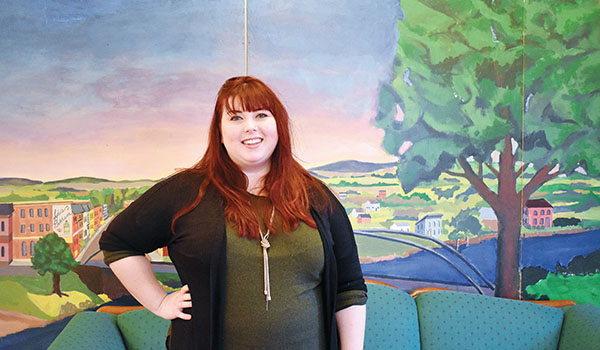 Eileen Villanueva, 24, was hired to serve in the role on Oct. 29. She has replaced former chamber leader Katie Feehan.

As membership coordinator, Villanueva will help to build relationships with local businesses and continue the chamber’s legacy for networking opportunities through numerous community events.

Change for the chamber has been in the works for some time. In addition to seeing several new team members in the past two years, the chamber is in the process of merging with Southwest Michigan Economic Growth Alliance.  The partnership was announced in January. At the time, chamber leaders said because both SMEGA and the chamber share similar goals to promote local business, the partnership is one that makes sense.

“We are looking to make it a brighter future, in the fact that we are trying to improve all aspects of the chamber,” Villanueva said. “Hopefully, we will see that turn out fruitfully.”

Villanueva said she cannot comment on the time frame for the merger and what it means for the chamber’s location in downtown Niles, though she said it is being discussed.

Embracing upcoming changes, as well as continuing the chamber’s presence will be key in moving forward with the role, she said.

“I can’t speak to what we have done in the past,” Villanueva said. “But I can look to the future. We want to make sure we are doing the best we can for the community. We are going to find every nook and cranny that we can for helping to grow the greater Niles area.”

Villanueva has a bachelor’s degree in public relations from Indiana University of South Bend. She is working on a master’s degree in communications studies from IUSB.

Villanueva and Feehan have studied in the same graduate program. Feehan suggested Villanueva get involved with the chamber. After taking on an internship, Villanueva said she discovered a passion for the job.

“I love people. The second [reason] being I wanted to do something good for the community,” Villanueva said. “Third, I wanted to utilize my skillset from my bachelor’s degree. The chamber lets me do all of those things.”

Villanueva said the nonprofit organization helps to put local businesses on the map, from hosting events that connect businesses with customers to offering options to be Google verified. The organization also hosts the annual Fourth of July fireworks show and business after hours events.

“We are not just about the businesses in total,” Villanueva said. “We have individual memberships as well. I would encourage a lot of people to come and talk to me or the chamber. The more people we can get connected, the better.”

“I would like to become a resource that businesses would not want to be without,” Villanueva said.

As the chamber moves toward restructuring, Villanueva said leaders want to hear from members about what they want to see from the organization.

More information about the Four Flags Chamber of Commerce is available at nilesmi.com.