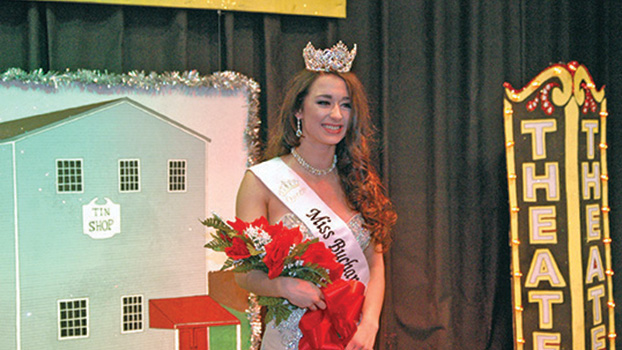 BUCHANAN — Fourteen young women eager to represent the Buchanan community will compete for the title of Miss Buchanan 2019 tomorrow.

The 41st annual Miss Buchanan Scholarship Pageant will take place at 6 p.m. at Buchanan High School, 401 W. Chicago St. Tickets cost $20 and can be purchased at the door. After the pageant, a Coronation Ball will follow at the American Legion Post 51. Tickets for the ball are $5 at the door.

This year’s pageant theme is “Let’s Visit Tennessee, the Volunteer State.” Kim Gaul, the chairperson for the Miss Buchanan Committee, said Miss Buchanan and her Court or Honor traditionally take part in a number of service projects, such as being part of annual parades, caroling at nursing homes and assisting with the Blossomland Learning Center’s pageant.

Gaul said they saw an increased number of participants enter this year’s competition. She said she is eager to see them take to the stage tomorrow to compete.

“I’m just looking forward to the girls having a great experience and a good time and finding out who our next representative for Miss Buchanan will be for the 2019 year,” Gaul said.

Contestants will perform a dance, show off their poise and answer an on the spot question to help judges determine who is most deserving of the Miss Buchanan role. Several other women will be selected to round out the queen’s Court of Honor.

Gaul noted that it takes courage to get up on stage in front of hundreds of people to compete for the crown.

“I think it builds a lot of character,” Gaul said. “I’m proud of them for challenging themselves.”