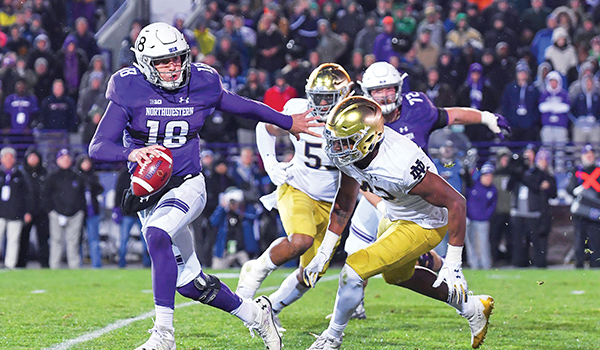 ROSEMONT, Ill. — Northwestern and Ohio State will meet in the 2018 Big Ten Football Championship Game presented by Discover on Saturday, at Lucas Oil Stadium in Indianapolis.

The eighth annual Big Ten Football Championship Game is scheduled to kick off at 8 p.m. The game will be broadcast nationally on FOX and Compass Media Networks.

The winner will earn the Amos Alonzo Stagg Championship Trophy and a chance to play in one of the six bowls that comprise the College Football Playoff, including the Rose Bowl Game.

Ohio State will make its fourth championship game appearance following berths in 2013, 2014 and 2017. The Buckeyes will be seeking their third victory in the contest and second in as many years, having defeated Wisconsin in 2014 and 2017.

Northwestern will be making its first championship game appearance, with the Wildcats looking for their first Big Ten Championship since 2000. The Wildcats and Buckeyes last met on Oct. 29, 2016, with Ohio State claiming a 24-20 victory in Columbus.