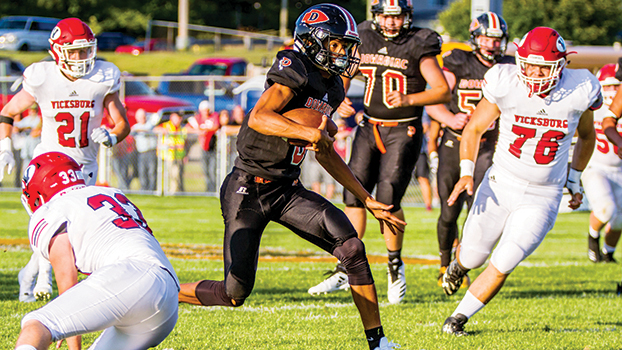 First-team selections for the Eddies on offense were running back Chase Sager, quarterback Tre Harvey and offensive linemen Josh Priebe and Ethan Griffin.

On defense, Dylan McColley and Dillon Hursh were first-team selections at linebacker, Sager and Noah Carrico as defensive linemen and Mac Gaideski at defensive back.

Dowagiac had two first-team picks, one on each side of the football.

Chieftain quarterback Cailyn Murphy was named as a skilled position player, while Dylan Hill was selected as a defensive lineman.

“I am proud of the players recognized by the Wolverine coaches as well as the rest of the team,” said Dowagiac coach Mike Stanger. “They worked hard and fought all season.”