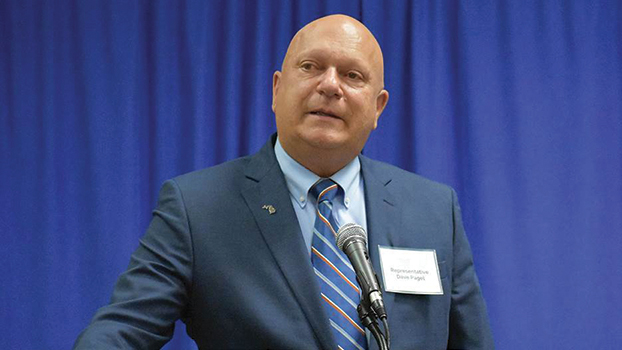 Pagel, who chairs the Appropriations subcommittee that oversees the corrections budget, authored reforms this year, including laws ending the ability of successor judges to veto parole decisions for those serving a parolable life sentence, and allowing the Department of Corrections to hire formerly incarcerated people.

The third-term legislator also led a bipartisan effort to provide more appropriate medical care for prisoners whose extreme physical frailty has rendered them to no longer be a danger to society.

“When I took tours of our state prisons and spoke with prisoners, wardens, correction officers and others, I became aware of areas of needed reform,” said Pagel, of Oronko Township. “It has been rewarding to work with groups like Safe and Just Michigan towards positive change. There is much more work to be done.”

“During Rep. Pagel’s time as chair, he has been dedicated and thoughtful, visiting many prisons and taking genuine interest in improving the system,” said John Cooper, associate director of Policy and Research. “He has made a name as someone who is honest, unafraid of difficult issues and who does what he thinks is right, making him a strong advocate for reform.”

The organization works to advance policies that end Michigan’s over-use of incarceration and promote community safety and healing by partnering with organizations and leaders across the political spectrum, including business and community leaders, faith communities, crime survivor organizations, formerly incarcerated individuals, prisoners and their families, as well as Michigan taxpayers.