D. Bruce Laing passed away unexpectedly from heart failure on Nov. 8, 2018. A lifelong resident of Dowagiac, Bruce enjoyed an exemplary life in countless ways, improving the lives of those who knew him through his kindness, wit, intellect, generosity and warmth. Married to the love of his life Barbara Jean Brown of St. Ignace, Michigan on July 27, 1946, Bruce and Barb shared 72 years of laughs and love.

Bruce was born Feb. 15, 1924, in Dowagiac, to E. Bruce Laing and Elizabeth Sweet Laing. He was preceded in death by his brother David Gordon Laing.

As a young man, he enjoyed the lakes of Cass County and in particular one summer hauling ice for the Boyce Ice Company. He fell in love with the University of Michigan football team after sharing many trips to Ann Arbor for games and enjoying radio broadcasts with his parents.

In high school, he was an outstanding athlete with letters in three sports, and a substantial contributor to the school’s paper and yearbook, sharing his love of history and comedic drawings with classmates.

In the fall of 1941, Bruce entered the University of Michigan as a freshman. World War II would interrupt his studies and, as a member of the “Greatest Generation” he enlisted to do his duty to country. Bruce rose to the rank of Staff Sergeant in the Army Air Corps and served throughout the War in the Pacific Theater. From 1943 through 1945 he served with the 5th Air Force, duties taking him to Australia, New Guinea, the Philippines, Okinawa and Japan. He shared those vivid memories with those who knew him best and felt particularly blessed to have served on the the staff of Gen. George Whitehead during this period.

Discharged in the Port of San Francisco in December 1945, Bruce returned to the University of Michigan.

In July of 1946, he married his college sweetheart, Barbara and the next year was admitted to the University of Michigan Law School. Son G. Bruce Laing, born in 1947, interrupted his legal studies and in 1950, bachelor’s degree in hand, Bruce and Barbara settled in Dowagiac and he began a 50-year career in the insurance business with Wolverine Mutual Insurance Company. Bruce and Barbara loved their college years in Ann Arbor where they made many lifelong friendships and for the rest of his life, he regaled friends and family with tales of humor and happenstance from those nostalgic times.

His Michigan relations never faded and in 1970, he worked with fellow local Michigan alumni, Ed Schalon, and Bob Winchester to create what would eventually be named “Big Michigan Doings.” The two of them arranged for Michigan Athletic Staff to visit southwest Michigan annually to commune with local fans over golf and dinner, bringing laughs and loyalties together for a festive evening. On the academic side, he served as the 10th Alumni District Representative covering western Michigan to the Straits of Mackinac. For his contributions to Michigan, he was honored with an invitation to membership in the Varsity “M” Club.

Bruce was a committed volunteer in numerous civic and community organizations, serving in various capacities in the Rotary Club, Elks Club, multiple bank directorships, and the Southwestern Michigan College Foundation. He also served six years as a board trustee at Wayland Academy, a private boarding school in Beaver Dam, Wisconsin. He was particularly proud of serving as the president of the Dowagiac Union School Board when the current high school was built in the 1960s. He also much enjoyed creating the Sports Council which organized the annual high school sports awards banquet. He worked diligently to bring to Dowagiac inspiring coaches and athletes from Michigan, Notre Dame, Michigan State and other outstanding institutions to motivate and encourage Dowagiac’s young student athletes.

Bruce and Barbara retained a lifelong love of northern Michigan and spent countless summers at their cottage in the Les Cheneaux Islands in Michigan’s Upper Peninsula close to family and friends.

He is survived by his wife Barbara and their four children, G Bruce Laing (Jane Clagett), of Dowagiac, Anne Gottlieb (Bob Gottlieb), of St. Joseph, Mari Smazal (Michael Cook), of Denver, Colorado, and James Laing (Shelby Riccioni), of Stevensville, nine grandchildren and eight great-grandchildren and many nephews and nieces.

He will be sorely missed and joyfully remembered by family as an aficionado of books, storyteller, animal lover, amateur historian, and untoppable family man who selflessly doted on his wife, children, grandchildren, and, finally, great-grandchildren throughout his life. He was a man of gentle, compelling strength and honest desire to do what is right.

Private graveside services will take place in Dowagiac and St. Ignace. Those wishing to sign Bruce’s Memory Book online may do so at clarkch.com. 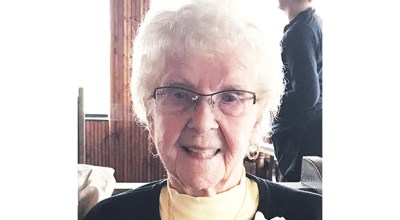 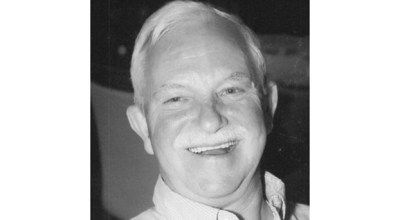