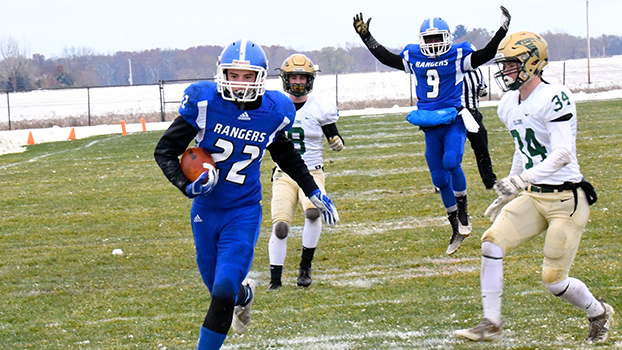 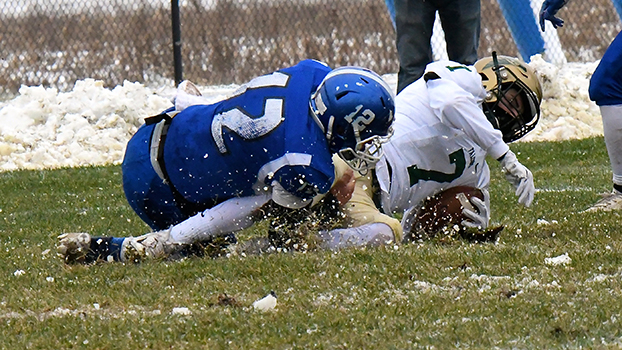 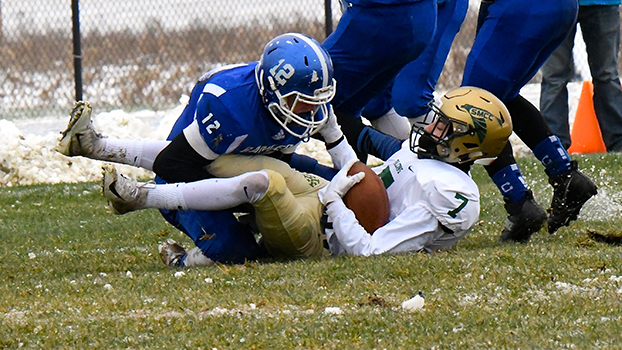 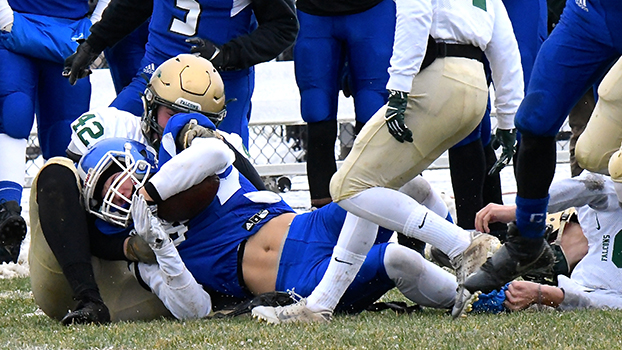 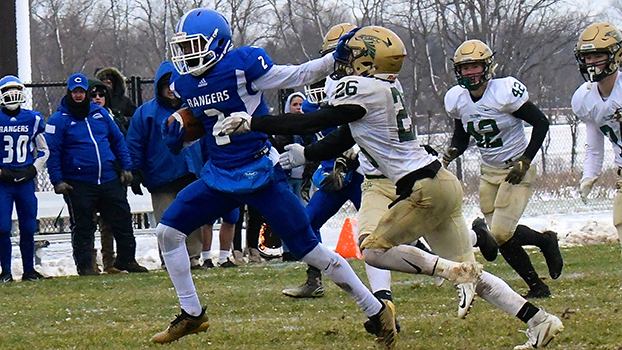 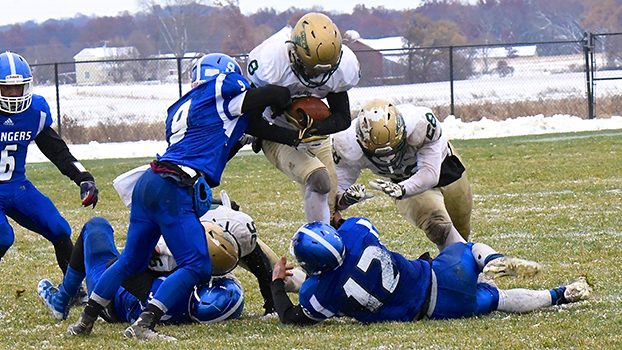 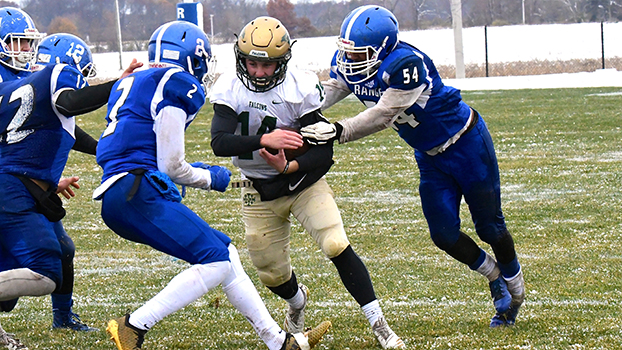 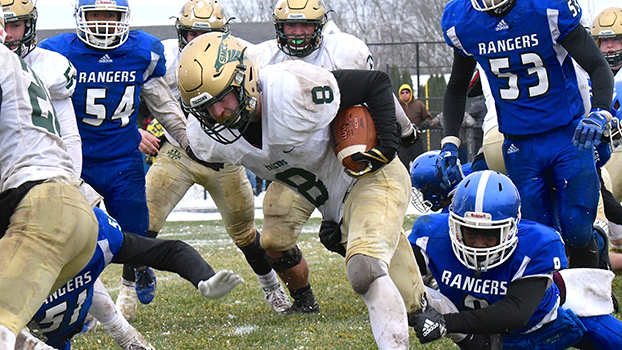 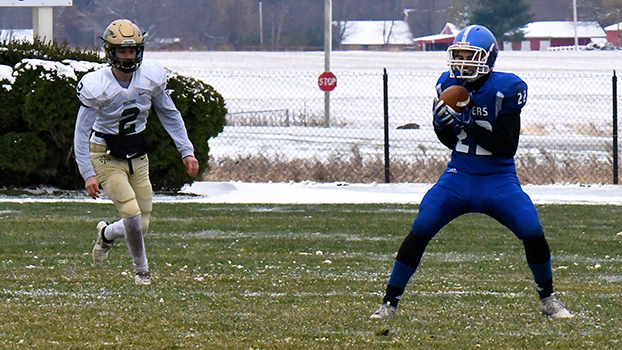 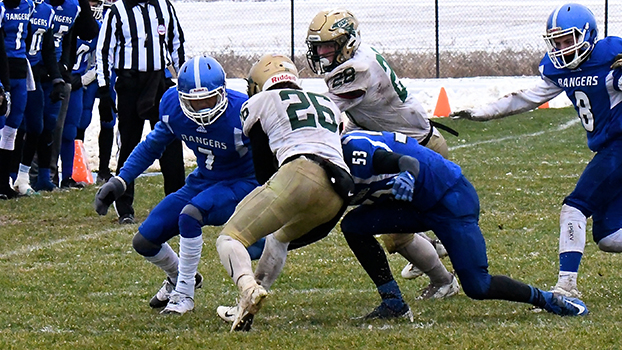 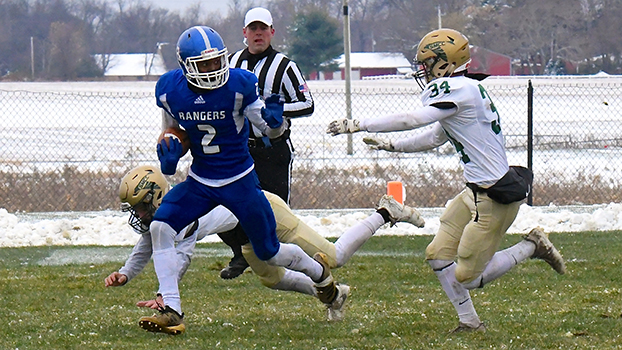 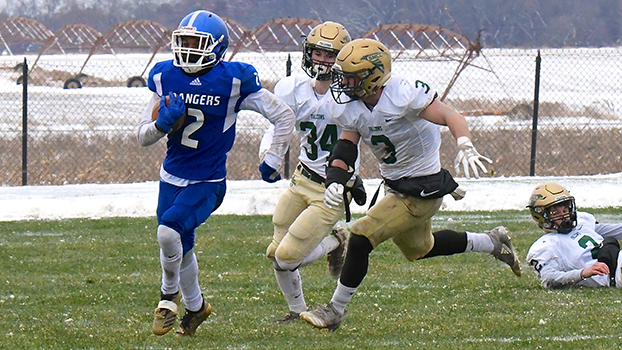 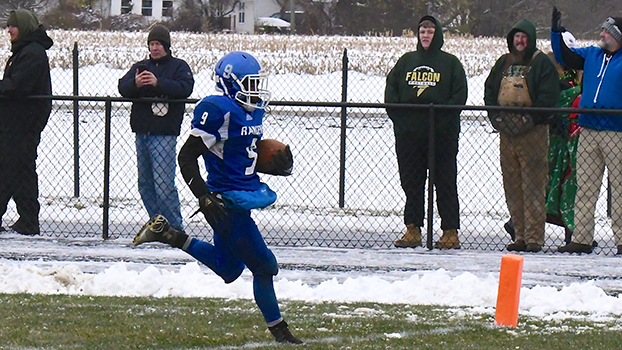 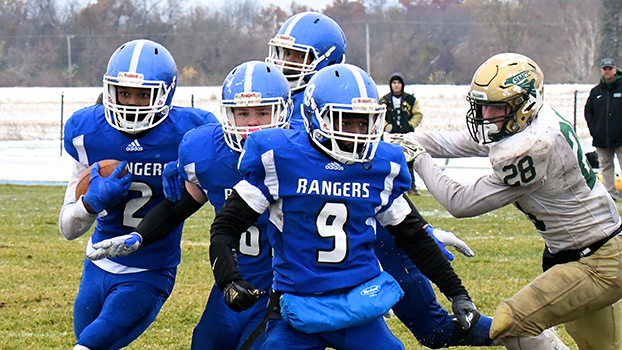 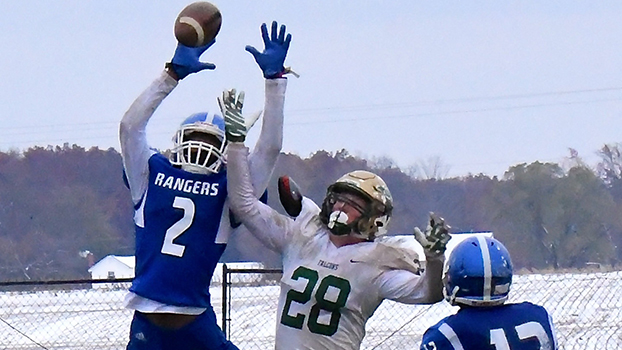 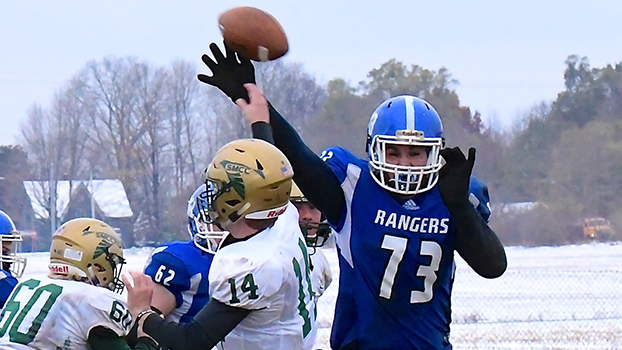 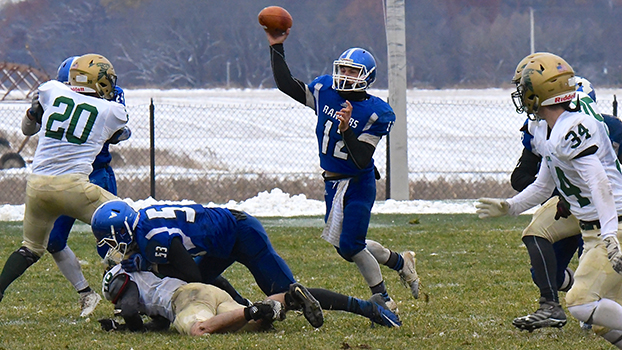 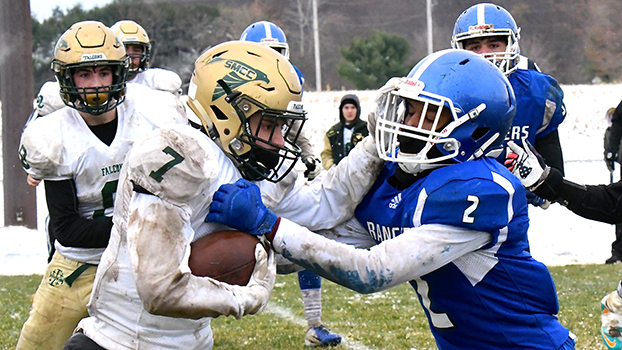 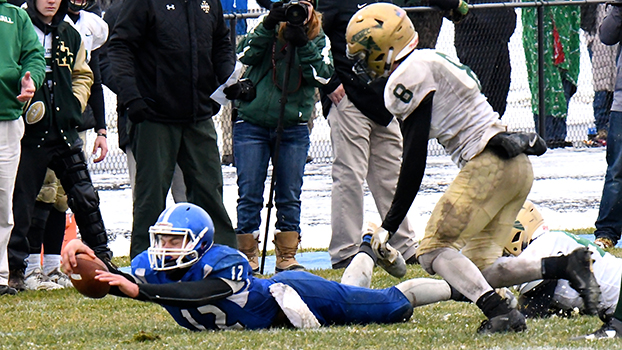 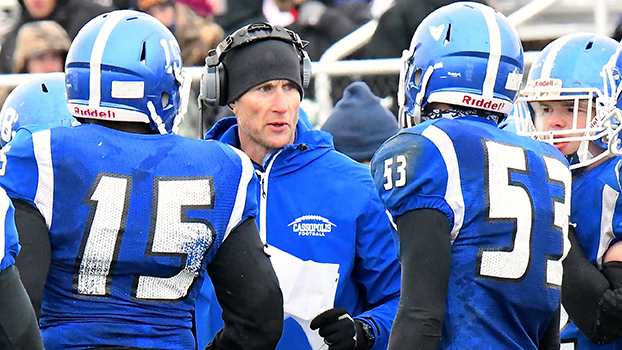 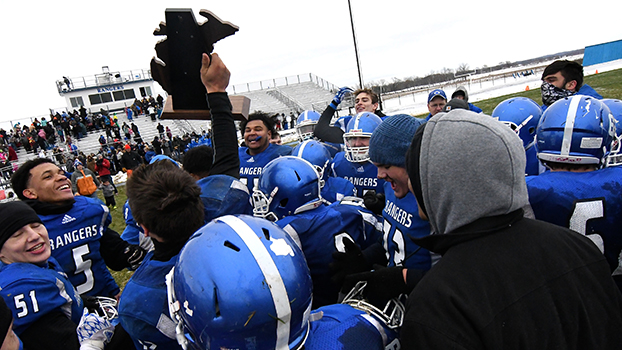 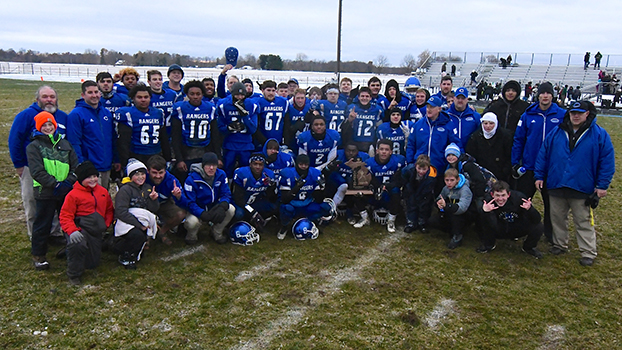 CASSOPOLIS — A goal-line stand as time expired led undefeated Cassopolis to its second regional championship in the past three years Saturday afternoon.

With five seconds remaining and the ball at the Cassopolis three-yard line, visiting Monroe St. Mary Catholic Central handed the ball to its best running back, Alex Morgan, who was stopped inches short of the goal line in the Rangers’ thrilling 23-22 victory in the Division 7 regional championship game at William F. Scott Field.

The victory sends No. 7-ranked Cassopolis into the state semifinals Saturday against undefeated and No. 3-ranked Madison Heights Madison at 1 p.m. at Jackson High School.

It will be the second time in three years that the Rangers will play on Tony Dungy Field in Jackson. The Rangers lost to Detroit Loyola in 2016.

Trailing by a point with four minutes remaining in the regional title game, St. Mary Catholic Central drove from its own nine-yard line to the Cassopolis three without any timeouts.

A pair of big pass plays helped set up Catholic Central for one last chance to pull out the victory.

Cassopolis called a time out to make sure it had the right defense called for the game’s final play.

It did, as Morgan was stuffed at the original line of scrimmage, but with the help of his 10 teams, the pile started moving toward the end zone.

The 11 Rangers on defense were not about to lose another one-point game in the regional final.

Cassopolis pushed back and finally got the pile to slide to the right and Morgan to the ground inches short of the goal line.

In a game that did not feature many defensive stops by either team, it was the Rangers who came up big on the final play.

Defensive tackles Mathew Anderson and Nick Zimmerman, along with linebackers Gage Collins and Hunter Parsons stuffed the middle of the Catholic Central line and the remainder of the Ranger defense came to the rescue to help keep Morgan out of the end zone.

Big players were the staple of the Rangers’ offense on Saturday.

Jonathan Leach caught his third pass of the season, which was good for a 16-yard touchdown from Dylan Green to open the scoring for Cassopolis.

Tyrese Hunt-Thompson scored on a 52-yard run while J.J. Hart scored what turned out to be the game-winning touchdown in the third quarter on a 67-yard run.

St. Mary dominated the time of possession and number of plays run, but were unable to find the end zone when it counted.

Green was 4-of-6 for 58 yards. Three of those passes when to Leach.