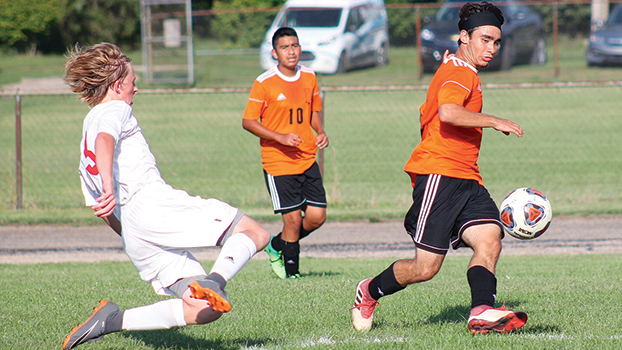 Wilson, who helped lead the Chieftains to back-to-back district championships, was selected in Division 3.

Wilson scored 22 goals and had nine assists this season for the Chieftains.

“This year he began focusing on making the correct runs and connecting with other offenders. As a result of that he was able to score a lot more goals and require other teams to give him more attention opening other opportunities for our team.  He is a selfless, coachable player that puts his team first. I expect him to continue to develop this off season and lead his team to future success.”

Echeverria was a first-team All-SMAC team member as well as Division 2 All-District and All-Regional.

He scored 20 goals and had 22 assists for the Vikings and finished his career with 41 goals and 53 assists.

“It’s been an absolute pleasure coaching Bryant and watching him grow into one of the best players in Southwest Michigan for the past three years at Niles High School,” said Niles coach Ryan Haines. “His hard work has finally paid off this season which helped him earn All-State honors. He helped others grow around him during practice and games.  His presence in the midfield will be greatly missed.”

Echeverria was joined on the All-SMAC first team by Cade Vota.