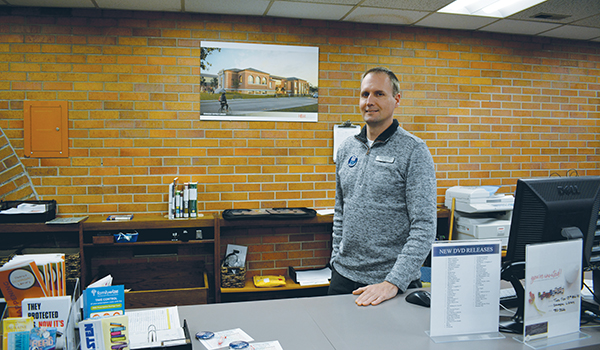 DOWAGIAC — The Dowagiac District Library is getting a second chance.

According to unofficial election results, a millage, which would bring large-scale improvements to the library, was winning by a vote of 2,339 to 2,112 as of 11:30 p.m. Tuesday. The proposal previously appeared on the August primary ballot, ultimately failing by a vote of 891 to 820.

The money will be used to nearly double the space of the library by adding an addition to the back side of the structure. More meeting rooms will be added, in addition to special quiet spaces, teen spaces and vending areas. A more convenient outside book drop and a space that can be accessed after hours will also be added. The final stage of the renovation, which will be done in stages so that the library can remain open during construction, will involve removing the front of the library to restore it to a 1904 Carnegie style.

Library Director Matt Weston said he was optimistic that the millage would pass due to higher levels of voter turnout at Tuesday’s election, as opposed to August’s primary election.

“The board and I thought that because the last election was so close, the higher voter turnout might be a good thing for us,” Weston said.

Since the last election, Weston said he and library supporters have been working to raise awareness about the millage and what it would add to the library by putting out signs and participating in community events, such as a shredding event with Sister Lakes Brewing Company and downtown Dowagiac’s Under the Harvest Moon festival.

“The feedback we have heard has been mostly positive, almost 100 percent positive,” Weston said.

Prior to Tuesday’s vote, Weston said he had a good feeling that the millage would pass, but that he was not sure what was going to happen. After receiving unofficial election results, he said he was “elated,” and ready to begin the process of talking to contractors about the work needed to be done on the building.

“I’m happy we won in such a high voter turnout election. We had more than twice as many voters than last time,” he said. “I’m happy and eager to get to work.”