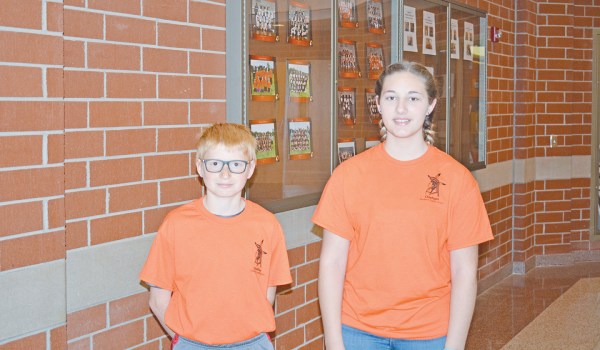 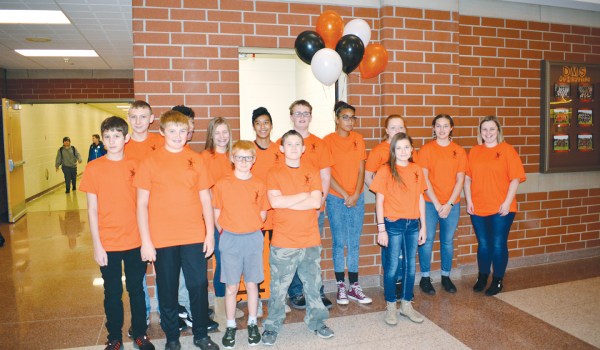 “This is a really fun and really cool,” said Abbigail Siekman, 13, a student manager of the operation. “It’s like just a real credit union.”

Courtney Hennen, a representative with Honor Credit Union, said she was excited about this year’s student credit union.

“We have a lot more involvement this year than last year. All the kids seem really excited and the training went amazing,�� she said. “I’m just glad to see them all so excited.”

Hennen said that the Chieftain Credit Union was a good learning experience for students, and one she wishes she had when she was in middle school.

“Saving money is really important, and when I went to college, I didn’t really have any money saved. I think this can help teach students to learn how to handle money and the value of a dollar,” she said. “This is a great learning experience for students, and I just really want them to learn and have fun with this and carry it on into the future.”

School Counselor Jennifer Garrison said she believed the student credit union taught students responsibility, as the credit union is treated as a real job and the student staff is held to the same kinds of standards that they would be at any job, like interviewing, being on time and wearing a uniform.

“They learn so much, including teamwork with their fellow students,” she said. “That’s really valuable.”

Student managers Siekman and Abraham Guernsey, 12, said they chose to work at the credit union because they saw it as a good opportunity to learn.

“I wanted to help people and it seemed like a way to learn more about working and money,” Siekman said.

Guernsay echoed Siekman’s sentiments, saying he has already learned from the experience.

“Since doing this, I’ve realized that I’m good at taking over a job and making sure it gets done,” he said. “It’s a lot of fun.”