Brandywine continues to overcome all obstacles 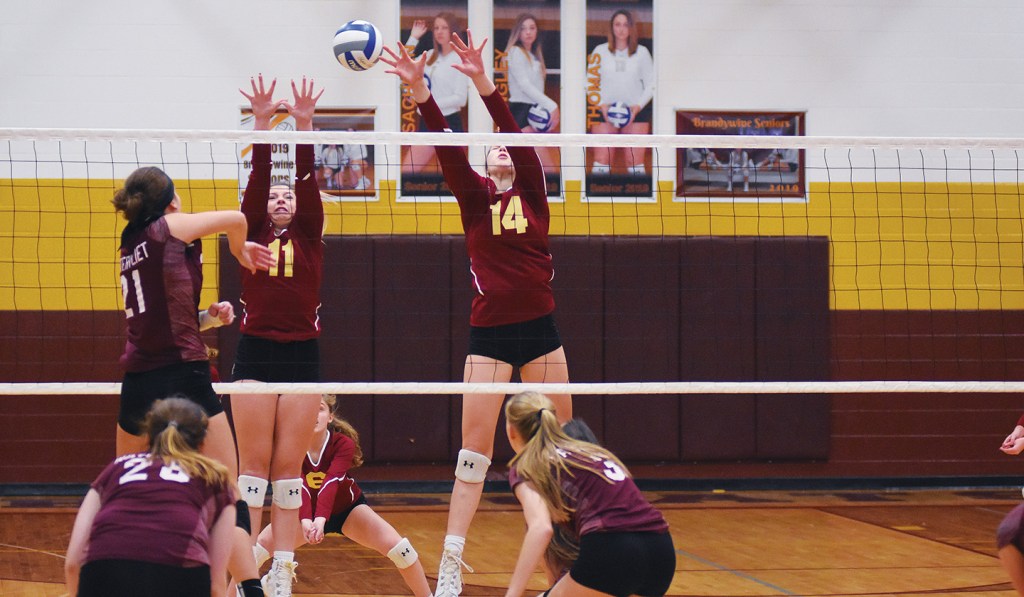 NILES — Hurdles are nothing new for the Brandywine volleyball team this season.

So far, the Bobcats have cleared every one.

Brandywine has had to overcome the loss of its head coach and several injuries to reach the Division 3 district semifinals.

Following the suspension of former head coach Janet Markunas for a week, she decided to resign, leaving the Bobcats with co-coaches in the closing stages of the regular season.

Sarah Dye-Hunt was one of those three coaches, but was named head coach prior to the BCS Athletic Conference Tournament, which Brandywine won for the second straight season.

Senior Olivia Thomas, who was lost to a knee injury at the end of last season, has battled with the lingering effects of that injury throughout the season.

Senior setter Audrey Longley suffered a back injury during the Bobcats’ finale regular season home match and is still not at 100 percent.

Then, at the BCS tournament, junior Megan Schmidt suffered an elbow injury that still has not be diagnosed.

Schmidt was missing from the lineup Monday night when the Bobcats swept visiting Watervliet in the opening round of the district tournament 25-13, 25-16 and 25-11.

“The strength of this team is their ability to deal with adversity,” Dye-Hunt said. “These girls have been through an up-and-down few weeks and still have come out on top, working hard.”

A trio of JV players were brought up for the state tournament, and in part, help replace Schmidt for as long as she is out.

Haley Scott, Olivia Laurita and Liz Stockdale all saw action in the victory over the Panthers and will be counted on moving forward for the time being.

“They’ve really stepped up and know their roles,” Dye said. “They’re learning. We’re going to see more mistakes in the back row, but we’ll survive.”

Brandywine, now 44-5 on the year, dominated the net, just like they have the entire season.

“Our front row is certainly a strength,” Dye said. “And we have a high volleyball IQ. A lot of these girls play year around and have a lot of touches.”

All is not lost for the Bobcats defensively without Schmidt as Sachman led the team in digs with 15, Duval finished with 10 digs and Kristen Alvord added seven digs.

Brandywine will host Bangor at 5:30 p.m. in the district semifinals with the winner playing for the district title at 7 p.m. Thursday.

The second semifinal Wednesday night pits Eau Claire, which was a 3-1 winner over Hartford Monday night, and Bridgman, which received a first-round bye. That semifinals, is scheduled to begin at approximately 7 p.m.