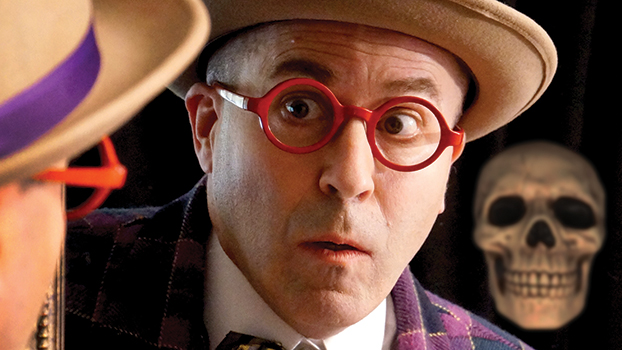 SMC is hosting a variety show this week. (Submitted photo)

SMC Express passengers will be entertained twice this weekend with singing, dancing, jazz, Victor Borge’s Phonetic Punctuation, the comedy of Craig Wells and even stage combat.

Performances are free, though donations to benefit visual and performing student groups are appreciated. Shows take place at 7:30 p.m. today, and tomorrow, in the theatre of the Dale A. Lyons Building on SMC’s Dowagiac campus. Marcus Roll, manager of theatre operations and applied performing arts, directs “Scenes from the Station.”

At this year’s World Championship of Magic in Busan, South Korea, MacDonald cracked the top 10. He also successfully stumped Penn and Teller on their television show, “Fool Us,” with a cash-cloning mirror illusion.

The world championships are likend by fans to be the Olympics of magic with 47 countries competing. MacDonald received a standing ovation and outscored all other Americas performers.

His next bookings took him to Athens, Greece, and to St. Vincent, Italy. MacDonald nearly sold out two shows for 7,000 people at Winter Gardens Theatre in Blackpool, England.

“It’s my hand against the speed of your eyes,” he said.

From 1990 to 2000, MacDonald performed at more than 1,000 colleges and universities. He also has been featured at hundreds of corporate events and on cruise ships. He “made the decision in third grade” to go pro and put himself through college performing.

In Michigan, he has performed for more than 2,500 at Michigan State University’s Wharton Center, annually at the Grand Traverse Resort in Traverse City since 2007 and for Emmy Award-winning Jeff Daniels’ The Purple Rose Theatre.

Jacob Walker will conduct the travels, with Allie Garrison and Jessica Flagel as mistresses of ceremonies.

A dance ensemble presents “Given the Chance,” composed by SMC alumni Nick Ferragut, with choreography by Liz Coulston.

The show closes with selections from “Les Miserables.”

SMC is a public, residential and commuter community college founded in 1964. The college delivers above-average graduation/transfer rates compared to other community colleges nationally and student college-level course success that is consistently in the top 25 percent of two-year colleges nationally, according to officials. The college is accredited by The Higher Learning Commission of the North Central Association of Colleges and Schools and is a member of the American Association of Community Colleges.