Cassopolis goes 0-2 at the Brandywine Quad 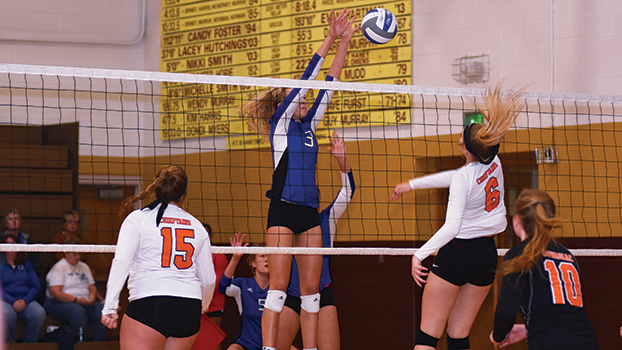 Sophie Fiala goes up for a block against Dowagiac at the Brandywine Quad Tuesday night. (Leader photo/SCOTT NOVAK)

Against Dowagiac, Maile Barber had 10 kills and six digs, while Sophie Fiala had five blocks.

Olivia Purlee and Lynnzee Armstrong both finished with a team-high eight digs. Armstrong also had 13 assists.

In the Brandywine match, Barber had a pair of kills and four digs.