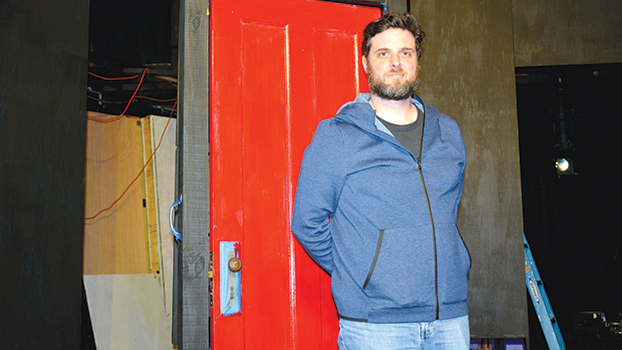 DOWAGIAC — Dowagiac’s Beckwith Theatre is offering up a spooky thriller just in time for Halloween.

The show is being sponsored by Hale’s True Value Hardware and Zeke’s Restaurant. An opening night wine reception on Oct. 19 will be hosted by Fenn Valley Vineyards and Wine Cellar. A second Friday beer tasting on Oct. 26 will be hosted by Greenbush Brewing Company.

“Dr. Jekyll and Mr. Hyde” is a thriller that tells the story of Dr. Henry Jekyll in Victorian-era London, who through experiments has brought forth another form of himself in Mr. Hyde, a villain who indulges all of Jekyll’s darkest urges. What follows is a fight between Hyde and Jekyll over who will be dominate.

Though the play deviates from the original 1886 novella, director David Prouty said that fans of the classic literary piece will still recognize the story.

“The changes are mostly to add more relationships to the characters and there is a love interest thrown in there as well. The stakes are higher,” he said. “I like the original quite a bit, but I appreciate that they have added in these personal stakes to the play.”

Prouty said he and the cast have enjoyed transforming the classic story into something more modernized for Dowagiac audiences.

“This is a story that has withstood the test of time,” he said. “The idea that we all have some duality in us, some good and some bad, I think really resonates with people. We all kind of recognize that there are dark parts of ourselves that just want to do whatever they want, no matter the consequences, while another part of themselves wants to make good choices. That is what made it a classic, and it’s exciting and challenging to portray that on stage.”

Despite the difficulty of that portrayal, Prouty said he believes the cast of the play will be able to bring the story to life and do it justice.

“We have some really, really great people working hard on this,” he said. “I think it will be really great.”

Prouty said he hopes to see a full house during opening weekend, adding that he believes the classic themes of the play will continue to resonate with viewers.

“Audiences can look forward to a good story with some really interesting relationships between the characters, as well as some scary stuff,” he said. “It will be worth the price of admission.”